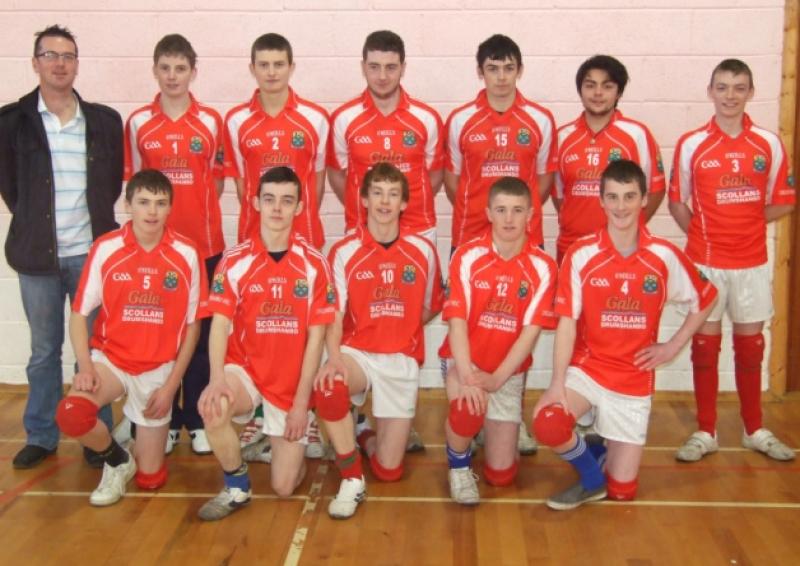 Drumshnabo VS came from a set down and 10-15 in second set to level this semi-final in gripping fashion in Westmeath last Thursday.

Drumshnabo VS came from a set down and 10-15 in second set to level this semi-final in gripping fashion in Westmeath last Thursday.

Suddenly a final berth seemed possible. But just as they had started in the first set, Portlaoise responded with a barrage of aces in the third set and this time never let up.

Portlaoise’s initial serves were blistering and a rout looked on at 6-0. But Drumshanbo counter attacked with good returns by Kevin Prior and strong hits by Joseph Baxter. Lubo Schusterovi’s serving reduced the lead to just 12-14 and he hit 2 winners later on. Down again 12-18, powerful serves by Donal McNulty again reduced lead to 16-18 but, with the stronger hitting, Portlaoise always held a narrow lead.

Manager Aiden McKeon made a shrewd substitution by putting on Patrick Meehan. He paid off with a determined return. Crawford had another service run and Baxter’s cover forced Portlaoise to err and the match was level.

Portlaoise were much more careful in the third set and repelled three Prior hits. Fergal McWeeney’s introduction helped pull back a 6-1 lead to 8-6 but, for the third time in match Portlaoise’s Novaluewicz hit a run of powerful serves.

Strong serves by Colm Mcloughlin and good covering and dives from Kevin O’Connor gave Drumshanbo brief hope but even the introduction of Michael Rynn could not stem the tide. Overall Portlaoise had more power. Despite the look of the scoreline there was very long rallies in the final set with class defending from Drumshanbo.

It was still a great achievement for Drumshanbo B team to challenge the Laois school who reach their first ever final.