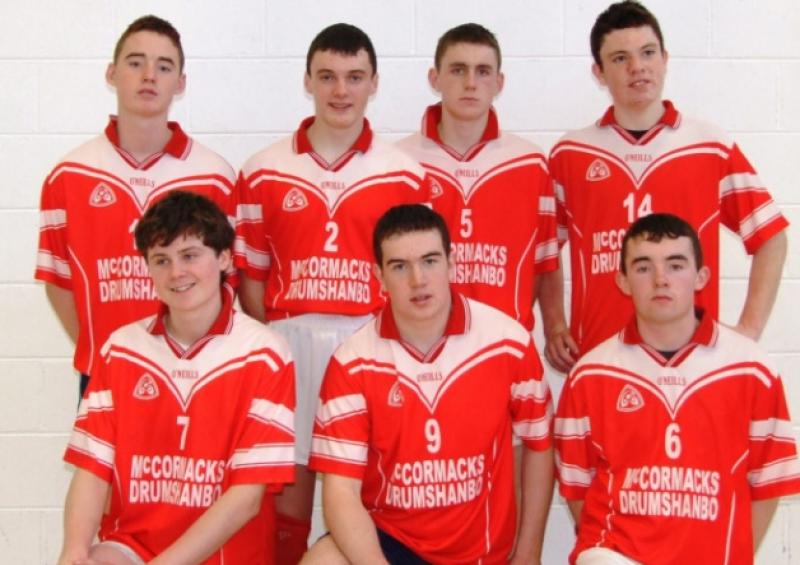 An electric performance for Drumshanbo As just wasn’t enough to surpass the defending champions St. Raphaels of Loughrea in a two and a half hour marathon last Monday.

An electric performance for Drumshanbo As just wasn’t enough to surpass the defending champions St. Raphaels of Loughrea in a two and a half hour marathon last Monday.

Both teams put everything on the line in a battle in which the outcome just couldn’t be predicted as Drumshanbo performed better than they have done in seven years.

Drumshanbo got off to a shaky start and quickly trailed 1-5 but after that Drumshanbo settled into the game and started to play well.

Captain Diarmuid McKiernan showed great leadership and really spurred on his side and Drumshanbo began to show signs of what was to come in later sets with a good block from Jordan Earley and aces from Michael McCormack and Eoin Dolan.

The game really came alive in the second set - Jordan Earley set up great spikes for Dolan and McKiernan in the early stages of the second set.

But it was mid-set when Drumshanbo’s quality really began to shine with brilliant serving from McKiernan and Alan McTigue. There was also a fantastic rally at 10-13.

The teams swapped points but all the time Drumshanbo held their lead. More great serving from Earley and a block from McCormack left it at 24-20. Barry McNama was set up beautifully to score the final point of the set.

Raphaels got off to the better start as they flew 3-0 ahead in the crucial third set and at one point were leading 17-9 but then Drumshanbo came to life. Trailing 14-19, Dolan caused havoc with his serve bringing his team the whole way up to 22-19 scoring nine in row. Drumshanbo would not fall behind again.

McCormack served well and McTigue finished off the set with a wonderful spike. Drumshanbo were now going into the fourth set with a serious advantage.

The fourth set was when both teams were at their peak and to say that it was an intense affair would be an understatement. Drumshanbo were overall the better team and had great serves from McNama, Dolan and McCormack and were leading 17-13 at one point but, like Drumshanbo in the previous set, Raphaels clawed their way back to leave it timeout at 21 each.

The end of timeout was the beginning of an unbelievable few minutes that neither team could have predicted. Although Drumshanbo had led the whole set, it was set point in Raphaels favour first but this set was far from over.

Both teams desperately tried to outdo each other. Neither would back down. The set seemed to be over for Drumshanbo but a brilliant block from McNama levelled things yet again. Twice more Drumshanbo saved set points.

Drumshanbo then had two match points at 28-27 and 29-28 but it was Raphaels who finally came out on top. The set had every onlooker gasping until the last volley. It was truly a thrilling set that was level a total of 12 times.

The teams were now two sets each which meant first to 15 progressed to the final. Unfortunately Raphaels proved why they are defending champions. They just managed to hold off a Drumshanbo team who fought all the way. Drumshanbo showed well with serves from Kevin Moran and McKiernan but it was Raphaels who lived to fight another day.

A disappointed Drumshanbo should be proud of an awesome team effort. As the cortege of players and helpers left the hall they were heaped with praise from more and more onlookers that had gathered as the match had built and built.