February heralds start of Spring or does it? 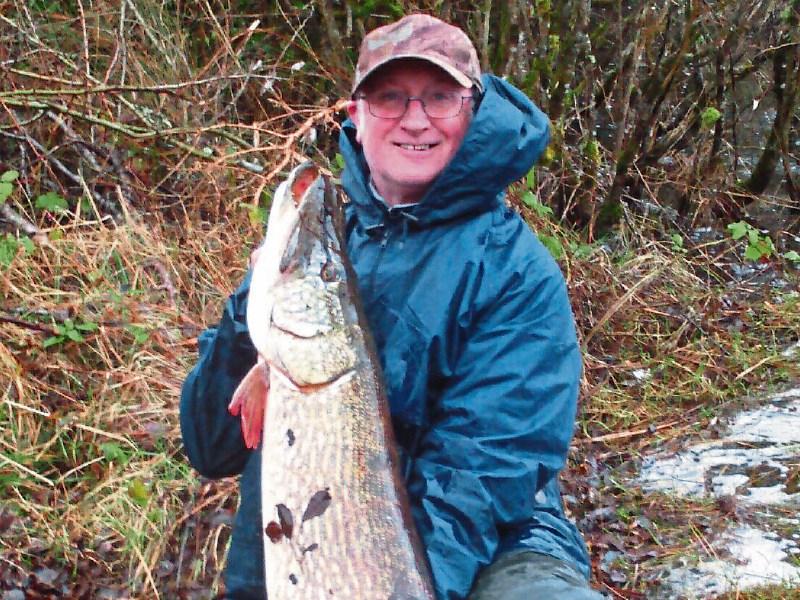 February has arrived and with it brings the annual argument whether Spring commences on February 1, or on March 1.

For most of us spring arrives when we witness the birds begin building nests and trees and shrubs start putting on foliage. Judging by the weather conditions we are being subjected to at the moment I feel we have a little longer to wait in order to truly say that spring has sprung.

Over the last couple of months, many dedicated pike anglers have been out on Lough Rowan, hoping to land one of Rowan’s monster resident pike. Fishing has been slow and many days have gone by with these hardy anglers having very little to show.

We have had anglers down from Dublin and Belfast who week in week out can be seen on the shoreline hoping for the bite alarm to echo across the lake and strike into one of Rowan’s elusive big hen fish.

Alas conditions up to now have not been conducive to that outcome but still the hardy pike anglers stubbornly persist where many of us would throw our hats at it.

Why do they continue to lob out their dead baits week after week with little reward one might ask, the reason being that Lough Rowan which is managed by Rinn-Shannon and District Angling Club is a dual fishery. Lough Rowan’s angling seasons are split up into two, a trout-fishing season and a pike fishing season. The trout season begins on the first week of April ending on October 31.

The pike season begins on November 1, and continues until March 17. The lake is closed for angling from March 17 to April 3, this is to allow for re-stocking and to give the newly introduced fish to acclimatise to their new surroundings.

The fact that the lake is stocked with trout on an annual basis is a huge attraction for pike anglers. In Irish lakes the trout’s major predators are pike and cormorants according to eminent fish biologist Dr. Martin O’Grady’s excellent publication “Brown Trout in Ireland” - O’Grady, M.F., Kelly, M, and O’Reilly, S., 2008.

This information is not lost on the serious pike angler. The availability of such protein rich prey for the resident pike should potentially equate into strong growth patterns and heavier fish.

In the last two weeks of January, over 20 pike, ranging from 15lb to 27lb (see photograph) have been caught on Lough Rowan. This perhaps has something to do with the annual pike-spawning season. In Ireland pike spawn between February and April in the shallow weedy margins of lakes and in the backwaters of rivers.

Male pike arrive at the spawning sites a few days before the females and jockey for the best positions on the edges of the weed beds. When the females arrive they rest up in deeper water until conditions are perfect for spawning. The much larger females make their way into shallow water attracting a number of small males.

The males follow the female into shallow water where spawning can take place in water less than 15 centimetres deep. Female pike may contain several hundred thousand eggs; their large size is essential to store such a huge mass, which may account for 25% of the weight of the fish during the pre-spawning period.

Naturally enough “spent” pike have voracious appetites and will go on a feeding frenzy in order to regain some of the weight and energy used in the spawning period. Perhaps Peter’s 27lb fish, when full of eggs would have broken the 30lb barrier, truly a fish of a lifetime!

Until next time tight lines.