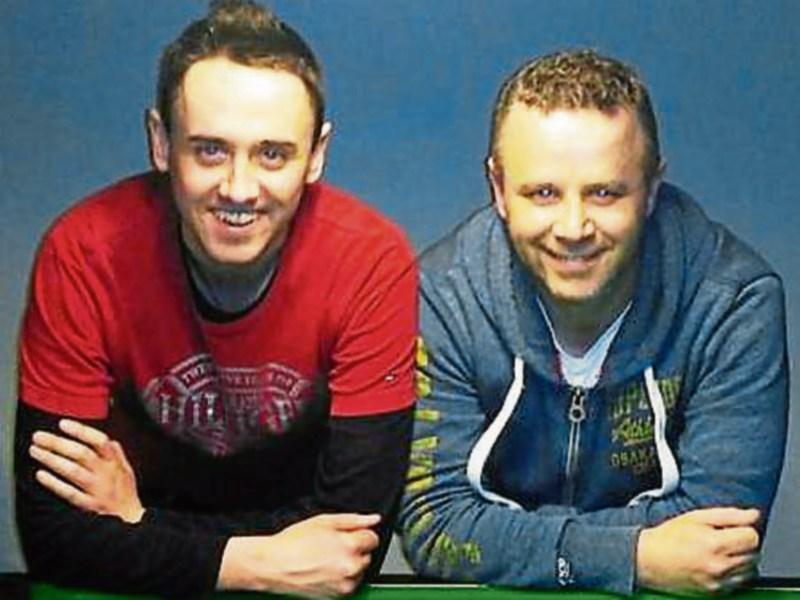 Last weekend, the fourth of the Leitrim Pool Championship tours took place in Drumshanbo with a great turnout and some very competitive & entertaining pool.

On Sunday, play began at 10 am with four groups to play before the last 16 could take place.

In the quarter-finals, Maurice Cullen overcame Niall Sweeney in a titanic battle with Maurice clearing from break in the decider 5-4, Hugh Kielty defeated Wayne Kilmartin 5-2. Kevin McWeeney dampened Gavin Donnelly's triumph with a 5-0 victory while Jamie Gaffney and Lee McSharry had a titanic battle with Jamie scraping the win 5-4.

We would also like to thank everyone who came out as we had a brilliant turnout.

In the Semi finals of the previous tour, Gavin Donnelly beat Niall Sweeney 6-4 in a very tactical affair while Hugh Kielty beat Maurice Cullen, Hugh coming from 5-3 down to close the match out at 6-5. In the final Gavin raced into a 5-3 lead with excellent finishing in the frames but Hugh was not lying down yet and tied the match up at 5-5, Gavin was not going to let Hugh repeat what he did in the Semi and pushed it up a gear to beat Hugh 7-5.

Well done Gavin and Hugh, both players made the final very entertaining and Gavin showed his class and why he was the deserving winner!

In the plate competition the competition started with one prelim match between Adam Casey and Danny McLoughlin where Danny won 3-0, the Quarter Finals then followed.

In the semi-finals, we witnessed a battle between Jeremiah Coulter and John Casey in the game John scraped the win 3-2, while in the other Adam Greenfield easily beat Paul Christy 3-0. In the final between John Casey and Adam Greenfield, John stepped it up a gear or two and ran out the winner 4-0. Well Done John and Adam and everyone involved.

The Leitrim Pool Association want to wish the Leitrim Pool members that are making their way to the fifth Irish ranking Event, the Irish Pool Cup in the Crowne Plaza Hotel in Dundalk in Louth the very best of good luck! It is brilliant with the numbers from Leitrim that are attending these events, representing their county so well.

The Irish Pool Cup takes place this weekend March 4-6. Leading the way for the Leitrim side is Wayne Kilmartin who is ranked 11th in Ireland and will be seeded for this event, the next player is Jamie Gaffney ranked 39th in the Country.