O'Donnell takes silver in Athlone, Ellie does the same in Sligo 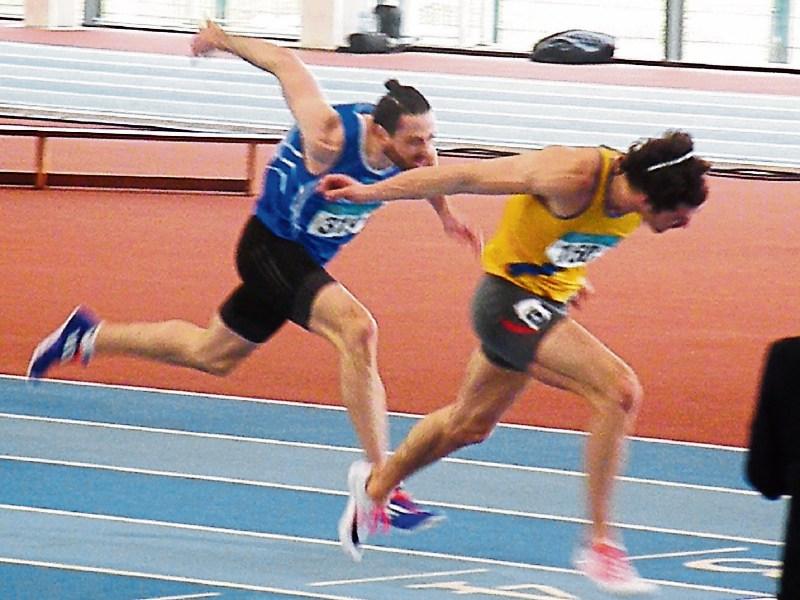 Silver was the colour for Leitrim athletes over the past week as Gerard O’Donnell and Ellie O’Rourke both claimed silver medals in championship events.

Gerard O’Donnell produced his best run of the indoor season last Sunday in Athlone when he ran a season’s best to take second in the 60m Hurdles at the GloHealth Athletics Ireland Senior Indoor Championships.

The previous Tuesday, Ellie O’Rourke confirmed her status as an up-and-coming distance runner with an excellent second place in the Minor Girls race at the GloHealth Connacht Schools Cross-country championships in Calry, Sligo.

Carrick AC’s O’Donnell ran his third fastest time ever, 7.90 seconds, as he finished second behind North Down’s Ben Reynolds who ran a blistering 7.73 seconds, just off the qualifying time for the World Indoors. A blistering start from Reynolds left Gerard chasing and although he chased hard to the finish line, the Leitrim hurdler couldn’t close the gap.

It brings to an end the indoor season for O’Donnell who now moves back into heavy training in preparation for the outdoor season.

Eanna Madden is also turning his attention to the outdoors as he missed the championships when he suffered an injury in training.

Ballinamore’s Ellie O’Rourke was Leitrim’s sole medal winner at the Connacht Schools, a fantastic run seeing her taking the silver medal in the Minor Girls race on a very heavy and tough course.

Ellie was always up with the leaders and was less than ten metres behind the winner Katie Gibbons of Castlebar and she will look to the All-Irelands with confidence.

In the Junior Boys race, Fionn O’Brien of Carrick Community School was a fantastic sixth place meaning he qualifies for the All-Irelands in Sligo next Sunday. Fionn was actually in fifth for much of the race before being passed in the latter stages.

The Carrick AC man will be joined in the All-Irelands by Eoghan Farrell who moved through the field well to claim 11th place. And Carrick Community School made it a trio of qualifiers as Evan Corcoran overcame illness to finish an excellent ninth in the Minor Boys race, a great achievement considering he finished ninth in the regional race.

Carrick’s Fiachra Mac Enri also performed well, a year out of his age group, as he took 23rd in the Inter Boys race.

In Athlone, Ballinamore's Sibeal Reynolds jumped 4.86m to finish eighth in the Long Jump while Carrick's Callum Whelan and Brian Finn both ran pbs in the 60m and 200m heats, 7.70 and 25.32 respectively.