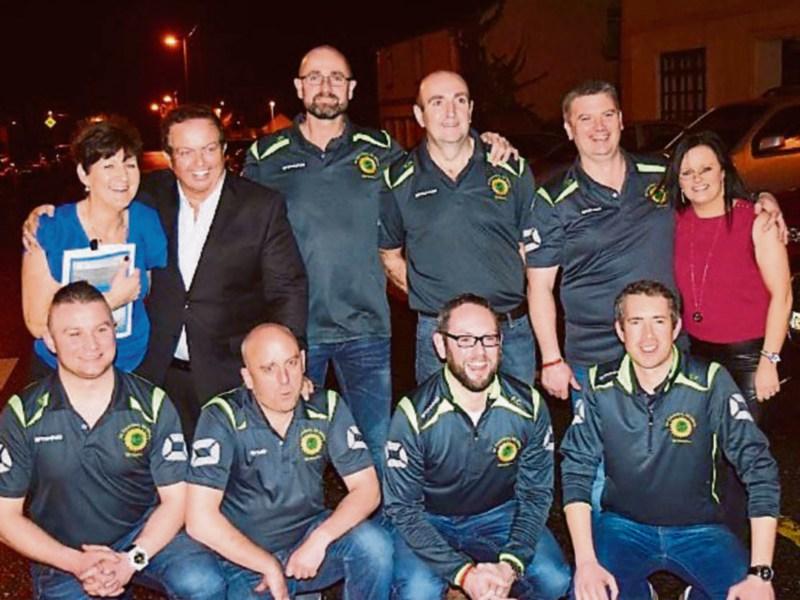 Thirty-two hours doesn’t sound like a long time and running a mile won’t tax too many people but how about trying to run a mile in each of Ireland’s 32 counties and all in the space of 32 hours?

But that’s the exact challenge of a group from Kilglass in Roscommon have set themselves at the beginning of April with their unique 32-32-32 Challenge in aid of The Sunflower Rooms Autism Unit in Knockcroghery.

Former Leitrim Ladies manager Niall Kilcrann is one of the intrepid seven who will take on the task of running a mile in each of the 32 counties in the space of 32 hours, a mammoth undertaking not only for the runners but in terms of logistics as the runners traverse the country.

Niall will be joined by Gerry Donoghue, Brian Hall, Ultan Flynn, Kevin Hoey, Joe Rogers and Fintan Cruse with the training starting last October which was individually tailored to each of the runners.

Ultan & Fintan were still playing club football, Joe had recently completed some half marathons but for Gerry, Brian and Kevin, running was a new departure. But everyone took to the challenge, competing in 5ks, 10ks and mud fests.

All seven will run the 32 miles in the 32 counties in 32 hours together with no splitting up. If somebody gets injured, he will have to pull out in order to make sure the challenge is completed.

The runners will be supported by two teams, one always working ahead of them preparing the next venue for the challenge.

Runners and walkers are welcome to join in with the lads, a €10 entry fee that goes to the challenge while on the night of their homecoming, everyone who pays €10 will be entered into a draw for some great prizes that will be only for runners or walkers in each county.

The homecoming will take place on April 2, in Cox’s Steakhouse in Dromod who are also the main sponsors of the 32-32-32 Challenge, with the draw for some fantastic prizes on offer being held on the night.

Niall Kilcrann told the Observer “These lads are a pleasure to work with. Some would never have been able to run 5k before starting and are now not far off running a half marathon comfortably.

If you wish to donate to the 32-32-32 Challenge or learn more about this exceptional fundraising event, visit their facebook page at “The 323232 Challenge” or log onto http://323232challenge.weebly.com/.