McSharry steals the show at All Ireland Juniors 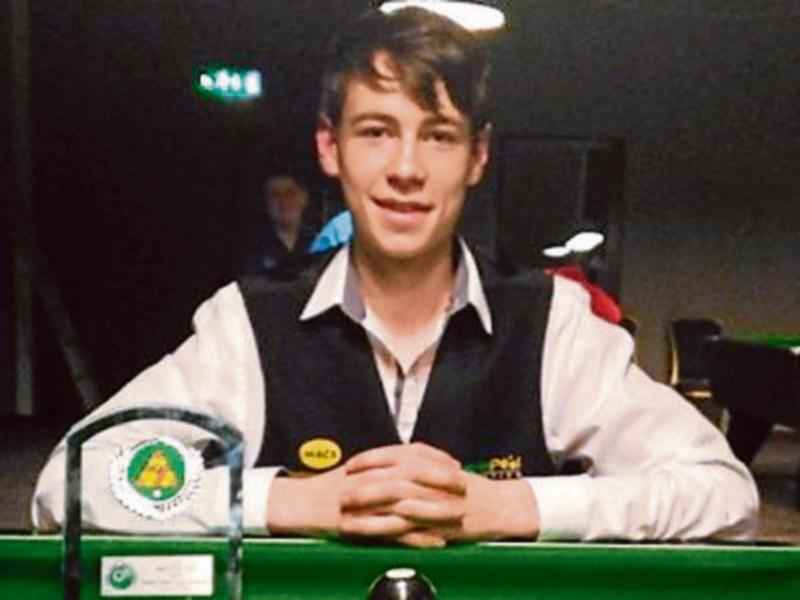 Last Sunday, Drumkeerin’s Lee McSharry came out on top in the Irish Pool Cup U18 tournament held in the Crowne Plaza Hotel Dundalk.

Lee has joined the ranks of the other great pool players who have also won Irish ranking events such as Shane O’Hara, Colin Crossan, Barry Reynolds, Kevin McWeeney and Jamie Gaffney.

Lee played brilliant pool throughout the weekend as he also got to the last 16 of the men’s event. On Lee’s way to glory he defeated Tyrone’s Cian Geoghan 4-3, Killian Ronan 4-2, multiple Junior ranking event winner Adam Maher 4-3.

In this match Lee went 3-1 down to Maher but turned it round to win 4-3. In the semi-final Lee played Limerick’s Brandon Fleming ran out the match on a 4-1 victory.

Both Lee & Wexford's Morgan Thomas had never appeared in a final before but Lee continued his excellent form and raced into a 3-0 lead. Thomas was not letting Lee have it easy and got one back 3-. But there was no comeback as Lee made it the perfect finish to a brilliant weekend for the youngster, winning 5-1.

Jamie Gaffney made the quarter-finals of the U 23 event and Last 64 of the Men’s event. In the U23 event Lee McSharry, David McWeeney, Cormac Kerr and Daniel McLoughlin all in the Last 16.

A special mention to Daniel McLoughlin who qualified for the plate and lost 4-2 in the last 64 in his first time to compete in the Men’s event.

Pub League: This week sees the final fixtures of the LPA pub league group being complete, with Taylor's and Carthy's drawing on points at the top, the Leitrim Inn are third but the Silver Eel are 5th with a game at hand which could make the results this week vital for those fighting for 3rd place. The final fixtures for this week are: Keegan's v Duignan's; Ging’s v Silver Eel; Taylor’s v Monica’s; Club F v Carthy's; Gerties v Leitrim Inn

All games must be played by Thursday March 10, and following this the Play offs for the Cup and Plate Semi Finals will take place.