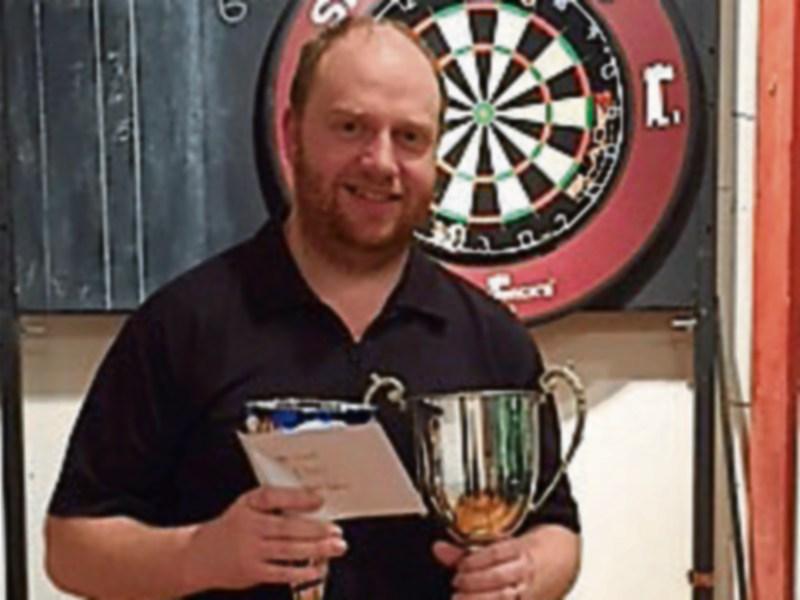 Another fantastic day of darts in Drumkeerin on Easter Sunday with a total of 80 entries taking part in Open, Ladies & Youth competitions.

The open brought together in the final and for the first time in its 16 year history, two Leitrim players in a final that went all eleven legs which was won by David Bohan who defeated Colm Mulvey 6-5.

Indeed it looked like it was Mulvey’s title when he raced into a 5-2 lead and had shots at doubles to win but having missed his chance, it seemed to lift Bohan and he won four legs in a row to take the first prize of €700, Perpetual Cup & trophy. Mulvey received €340.

The Open was sponsored by Drumkeerin Community Family Festival which runs from August 13-21.

The Youths section was won by Ronan McDonagh (Sligo) who defeated Killian Heffernan (Kildare) 4-3 in the final; Ronan received €100 and Cup, Killian received €50 plus trophy.

The Ladies section, sponsored by McManus window & door repairs, Drumkeerin was won by Nora Fitzpatrick (Cavan) who defeated her daughter Gita McPartlin in the final. Nora received €70 plus trophy with Gita receiving €30 plus trophy.

Timmy Duignan won the prize for the highest check out (130) Overall, a great occasion with proceeds as always going to North West Hospice, Sligo.

A full report of sponsors etc will appear at a later date.