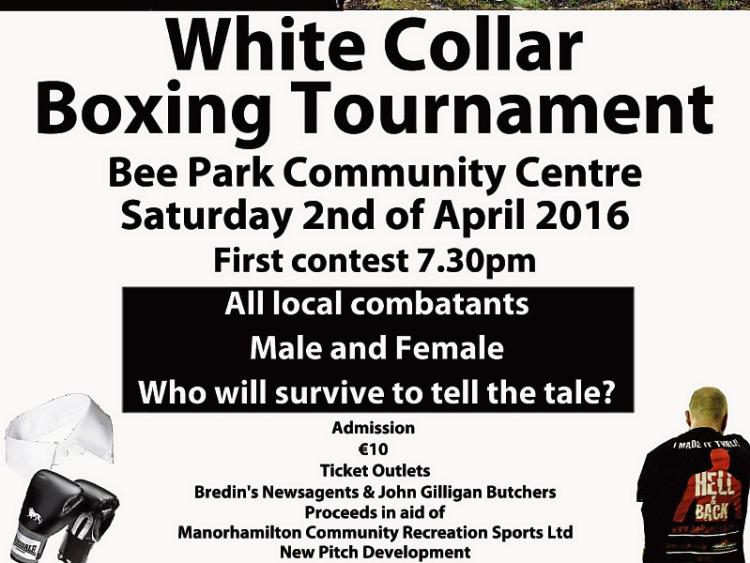 All the fighting talk in Manorhamilton is of the mighty warriors who will oppose each other in the ring in April.

Not to be out done by the men, ladies will also step between the ropes in eagerly awaited contests. On the card will be Fiona Clancy, Sinead Connolly, Nicole Clancy and Pauline Clancy.

Top of the bill will be the eagerly awaited grunge re-match between Patrick McMorrow and Joe Keaney, an encounter not to be missed.

Over the past number of weeks all the contestants have undergone specialised training under Sean McDermott boxing club coaches John Gilligan and James Kelly. Top secret at the moment are the officials who will be in each corner for the various bouts as well as the personalities who will lead the boxers into the ring.

Nothing is being left undone to ensure a Las Vegas type atmosphere all during the evening for the very reasonable admission price of €10. Tickets are on sale now in Bredin's Newsagency and John Gilligan Butchers.

The GAA is calling on members from all of its clubs and members of the public to join us at Croke Park on Sunday April 24, for the Association’s national 1916 Commemorative Event.

The show, which will take place after the Division One & Two Allianz Football League finals, will present the story of Ireland in a theatrical production that will include the best elements of the Irish cultural entertainment.

The event has been produced in conjunction with Tyrone Production. Further information on the role of club volunteers is available is available through club secretaries. Tickets will be available from the usual sources for an event that is expected to appeal to the wider public.