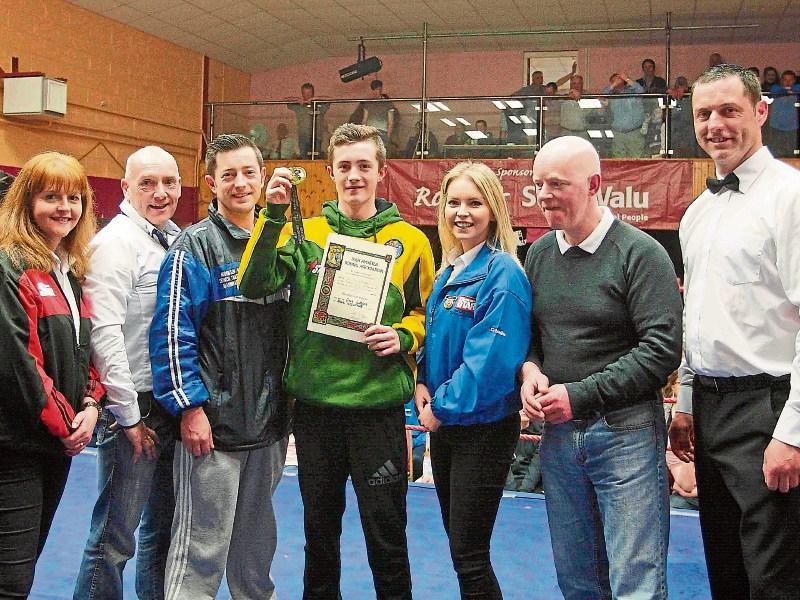 Oran displayed great pugilistic skills when he defeated Wicklow's Jack Sammon by a 3-0 margin in Saturday’s final bout. Prior to that Oran had to face Jack Donnelly Sacred Heart Olympic BC in the semi-final on Friday.

Drimnagh's Donnelly was an aggressive fighter but Oran overcame the challenge decisively when he was scored a 2-1 winner at the end to gain a place in Saturday’s all-important final.

Oran had to fight Callan BC’s Fiachra Knox, a southpaw, in a preliminary bout on Wednesday week. Oran disposed of his opponent with some style and won by a clear cut 3-0 win.

Some other good performances were turned in at the Connacht championships. Déarbhla Rooney retained her Connacht title for a fifth time.

Brian McMorrow lost narrowly Jason Collins Castlebar in a Boy 54 60kg final and Patrick Kelly put on a very good show before losing by the narrowest of margins to Pat McDonagh of Mayo’s Geesala BC in their title bout.

Seán McDermott BC will stage a top class tournament in Kiltyclogher Community Centre on Friday, May 6 which will feature a boxing between a McDermott BC selection and an Ulster selection.

Training for all members continues in the Bee Park Community Centre’s Boxing Hall on Monday, Wednesday and Friday nights for seniors and on Tuesday & Thursday nights for juveniles. The Club’s fitness class for adults takes place on Monday and Wednesday nights at 8pm.

Fifteen brave hearted boxers will step into the ring for the first time Saturday April 16, to raise funds for the Irish Heart Foundation as part of the Big Heart Fight Night in the Landmark Hotel.

The fighters have been training diligently under the careful eye of Kiltoghert and Dromahair Boxing Clubs all in the name of charity.

They have stepped up their training regime over the past eight weeks and they will unselfishly put their body and hearts on the line for a great fundraiser and for an event which will be a massive night for the fighters, their family and friends.