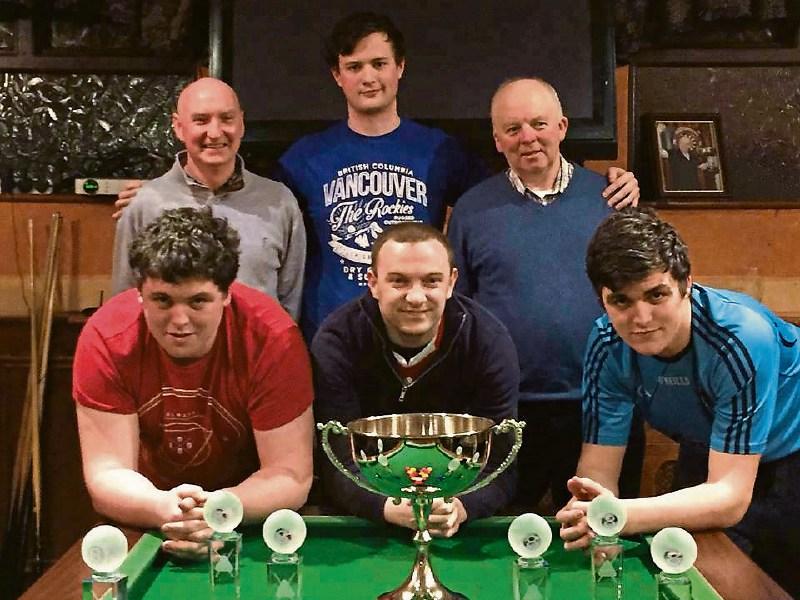 From the first leg of the final The Leitrim Inn had the slight advantage leading 8-7 coming into this second leg but Taylor's had home advantage.

In the first session Taylor's were first out of the blocks with Dave McWeeney, Kevin McWeeney and Brendan Murray winning the first three frames to lead 10-8, Virgil Lynch took one back for the Leitrim Inn at 10-9. In the final frame of the session Steven McTague beat Hugh Kielty giving Taylor's a 2 frame cushion, 11-9.

In the second session Taylor's extended their lead 12-9, but Virgil Lynch took his second on the night, 12-10. Taylor's won another frame in Brendan Murray 13-10 but The Leitrim Inn saw out the session winning the last 2 frames, 13-12.

This was turning into a very tight affair with Taylor's having the slight advantage, the session started with a brilliant match up Dave McWeeney and Hugh Kielty, Dave bringing Taylor's to 2 away, 14-12. Darragh McQuaid struck back for the Inn 14-13, Brendan Murray took another for Taylor's with the score at 15-13 meaning that Taylor's were guaranteed a third night if The Leitrim Inn won the next two frames. Stephen Gordon started that by beating substitute Tommy Guckian, 15-14. It was down to the final frame was there to be a third night or would Taylor's be crowned champions, it was Stephen McTague vs Virgil Lynch, the frame was tight throughout in a very tense affair but Stephen McTague potted a long black to give Taylor's the title at 16-14. Well Done to Taylor's on winning the title for their third time in a row but also Well Done to The Leitrim Inn on reaching the final and making it such an epic battle!

David Moolick, the captain received the JW Carthy Cup presented by John Casey on behalf of David Carthy. The Man of the Match award went to Dave McWeeney winning 5 out of his 6 frames over the two legs. Well Done to Dave! The Leitrim Pool Association want to thank both the Leitrim Inn and Taylors for the brilliant venues and hospitality, the officiates referee-Liam Shanley and Time Keepers- Jamie Gaffney, Darren Philips and Wayne Kilmartin.