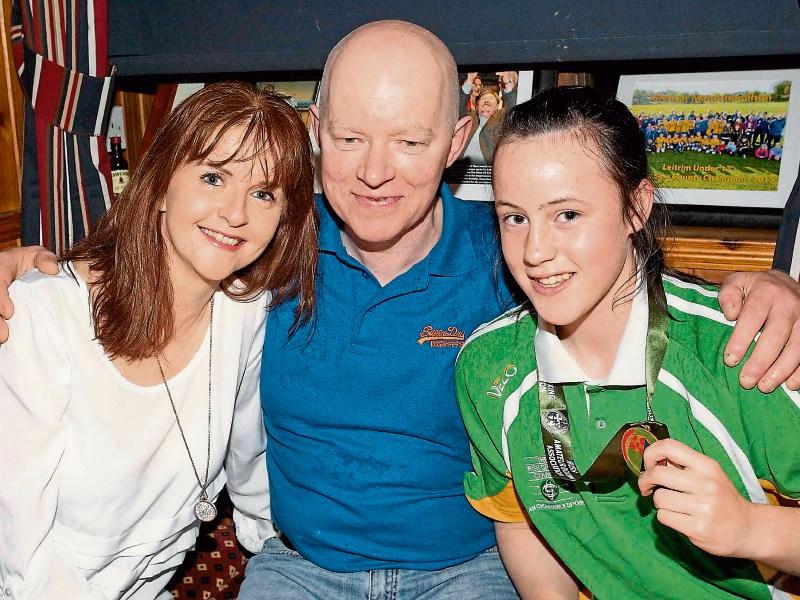 Dearbhla Rooney's status as one of the county's up and coming sports stars was underlined last weekend when she won her fourth All-Ireland boxing title.

Dearbhla, who had to miss last Wednesday's Connacht Ladies U16 B Final against Roscommon ahead of her outing in the national stadium was welcomed back to Manorhamilton by members of the Sean McDermott Boxing club who braved the rain to greet the returning hero.

Dearbhla had an all-Leitrim battle in the semi-finals as she faced up and coming Ballinamore Boxing Club fighter Shauna Lavin, the Manorhamilton girl prevailing on a 3-0 scoreline, the same score which Nevin registered when beating Natalie Russell of Riverstown in her semi-final.

The final against the Kildare boxer was a hard fought affair with Dearbhla taking the title on a 2-1 decision to take the title and keep her amazing run of success at All-Ireland level going. Definitely one to watch for the future.

Donnacha completed the gruelling event in just over ten hours, 10.06.20, to finish 55th overall and seventh in the his division, an amazing result given that there were 52 professionals in the event.