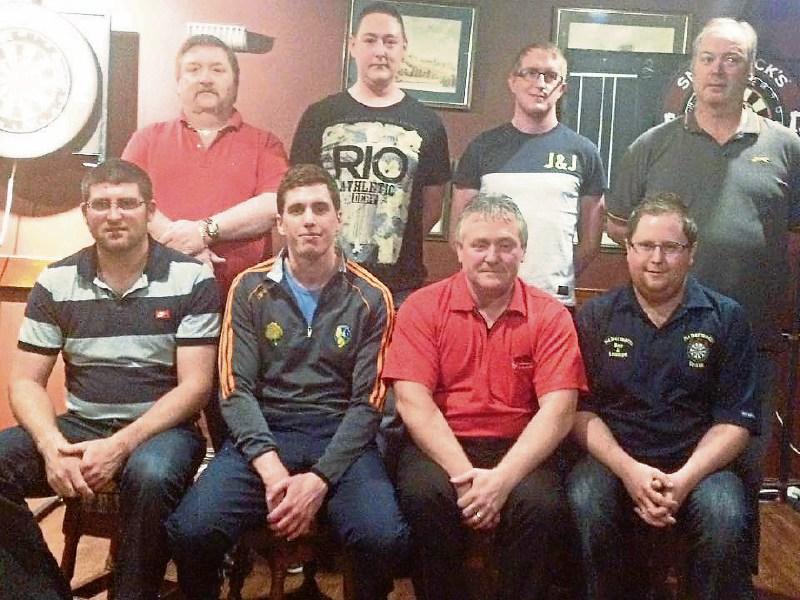 After a night that saw eight 180s, a 171, four ton plus finishes and a final that would grace any stage, Thomas Concannon from Roscommon was crowned 2016 Champion.

In the opening quarter final experience was to tell,as former Irish captain Sean McGowan from Sligo was to end the dream of local man Ian Flynn, who was having his first attempt in a final of this nature. Anyone who has seen Ian's performances over the past few weeks know this is not the last we have heard of him.

Next up and the tightest of the Quarters saw former PDC tour player Mick Egan from Roscommon take on Kenny Phillips from Sligo. This ding dong battle went to leg six with Mick leading 3-2.

Mick left 32 on the board after 15 darts only to see Kenny go out on 157 to tie things up and in a final leg shootout, Mick with the throw in the decider made no mistake and clinched his semi spot.

The battle of the Concannons came next as Thomas faced Gary. Thomas showed why he has been selected for the Irish squad in this year's Six Nations in Sligo by racing into a 3-0 lead. Gary shot back to make it 3-1 and Gary closed out the match in the next leg to move to the semis.

The last quarter final saw our own Ray Mulvey face off against Fermanagh's Damien McGovern. Both men traded 83 checkouts in the opening two legs, before Ray's more accurate 60 shooting was to prove the difference in the next 3 legs.

In the first Semi, Sean and Mick shared the opening two legs before Sean stamped his authority on the match with a 99 checkout to take leg 3, a 14 darter to take the next and a 116 checkout to move within 1 of victory. Mick wasnt to lie down and a 15 darter saw him cut the deficit to 2. But Sean was not for catching and closed out the match.

Thomas and Ray shared the first two legs before two very solid legs from the Roscommon man saw him pull clear. A missed dart at tops from Ray let Thomas pull further away in the next, before Ray clawed a leg back to make it 4-2. In a pivotable seventh leg Ray's three missed darts at D16 were to prove crucial and Thomas jumped at the chance, taking out 118 to reach the final.

What a final it would be. The former Irish Captain taking on the newest Irish International. In the first three legs it was Sean who raced into a 3-0 lead. However Thomas' class soon shone and with two 14 darters followed by a 16 it was all square at three apiece, and with tops left after 15 in the next, he looked all set to hit the front.

McGowan wasnt for lying down and took out 85 on the bull to move one clear. Thomas leveled at four apiece to set up a best of four shootout.

However when it looked like it was Sean set to take victory, three missed doubles in the ninth leg and two more in the 10th saw Thomas seal the victory. It was a final to live long in the memory and one not to be quickly forgotten.

Thanks so much to tournament organisers Robert Mulvey & Sean McGoldrick, to tournament officiats Pauline Crosbie, to all markers and callers on finals night, to you the 284 players who entered and last but not least Colm Griffin proprietor of Paddys for his sponsorship and hosting of the event and the food provided.

We look forward to seeing you all and more in 2017 in what promises to be an even bigger event.

Last Friday was the final chance to qualify for the Blue Devon Eight Nighter Final and 20 players tried their luck. In the first semi Leitrim's Ady Somers took a 1-0 lead over Tyrone's Colin Maxwell but the northern man fought back strongly to book a final spot by 3 legs to 1.

The second semi was one to remember and with the game tied at two legs apiece Donegal's John Gallagher fired in a 12 darter with a finish of 110 to reach the final to the despair of Tyrone's Campbell Jackson.

John was to continue this strong form in the final and Colin was no match for him on the night. John progressing to finals night this friday by 3 legs to 0. Some good news for Colin though as he took away €20 for the highest check out of 155.

So we have the final eight for Fridays finals complete for what promises to be a fantastic night of darts. There will be an open draw at 9pm and first Quarter finals off at 9.30.

Note the earlier starting time. Your support is welcome. Hope to see you there.