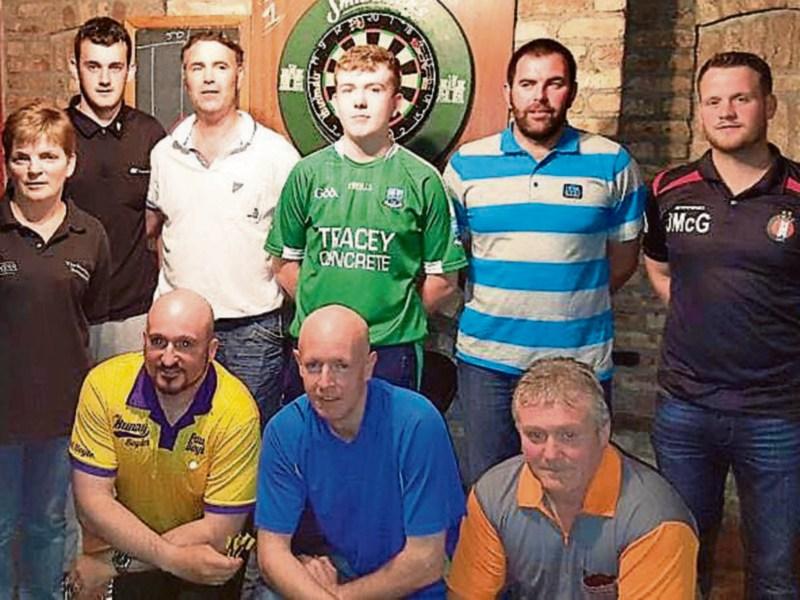 From start to finish his power scoring and deadly finishing saw him run out a deserving winner.

Thanks to Martina for running a great event, for the wonderful spread of food, to all markers and callers, to you the 144 entries and here's looking forward already to next years event.

A good turnout last Sunday, considering the great weather, in Jackies The Lakeland Bar in Ballinamore to battle it out in the first of 5 county ranking singles for the year. 23 players in total but with some notable absentees.

Ray Mulvey emerged victorious, beating Wayne Roberts in a quality final to take the €100 first prize and eight ranking points. Wayne took away €60 and six points. The beaten semi finalists, who earned €35 and four points each, were Liam Aldridge and Stephen Gannon.

Thank you to Kathryn and Jackie for their sponsorship and food on the day and also to the endlessly working Pauline for the smooth running of the event.

The next big date for your diaries is County Trials No 2 in Carthy's Lock 17 Leitrim Village on June 19. Boards open at 3pm with a 4pm start. Looking forward to seeing you all there.