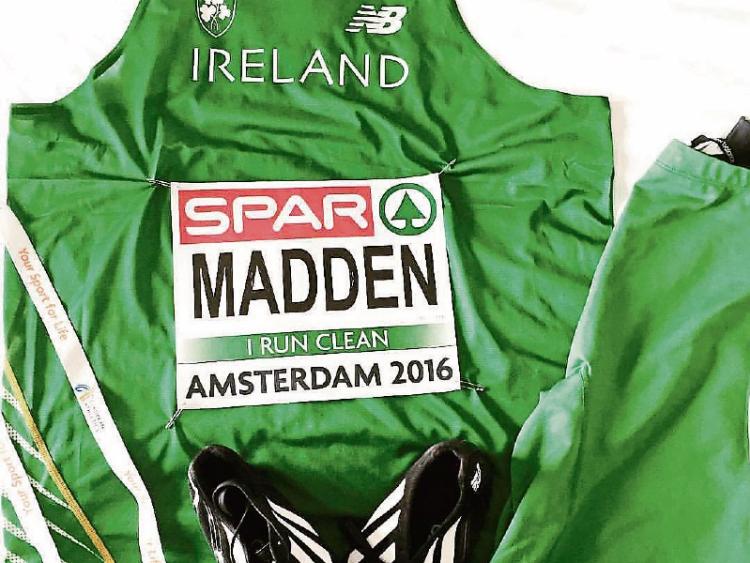 There may have been no medal for Eanna Madden and the Irish 4x100m relay team when they competed in the European Track & Field Championships in Amsterdam last Saturday but nevertheless there were plenty of positives the Mohill man could take from the experience.

Ireland were seeded 16th of the 16 competing nations but finished 13th fastest and recorded the third fastest ever Irish relay time.

Reflecting on his time in Amsterdam Eanna looked back on the event as a wonderful experience. Although initially disappointed when leaving the track after Saturday's final, Eanna acknowledged there are plenty of positives he and his team mates could take.

“I am delighted,” was Eanna's initial reaction when reflecting on the news that he and his team mates had recorded the third fastest Irish 4x100m relay time, stopping the clock at 39.52.

“When we got off the track and saw where we placed we were a bit disappointed but I thought to myself we all achieved what we thought we could so we were happy but we could do better.”

As well as recording the third fastest ever Irish time, Eanna was also taken by the experience of competing in such a prestigious international event.

“It was incredible. When the stadium was full the atmosphere was incredible. The support was insane with Irish supporters and flags dotted throughout the stadium. It was great to have that support and it was great experience to compete at a major senior championship mixing it with the best sprinters in Europe.”

With what is already shaping up to be an incredibly busy 2017, Eanna is now looking to wind down the 2016 season before turning his attention to fine-tuning some issues that he feels held him back this year.

“I'll have two or three more races until the Morton Games. That's all be the last race of the season and I'll wrap it up there, take a few weeks off and work on a few things that held me back this year.

“Next year there is the European Indoors in March and then I'll be hoping to carry that momentum into the World Relays in the Bahamas and there is also the World Student Games and the World's as well.”