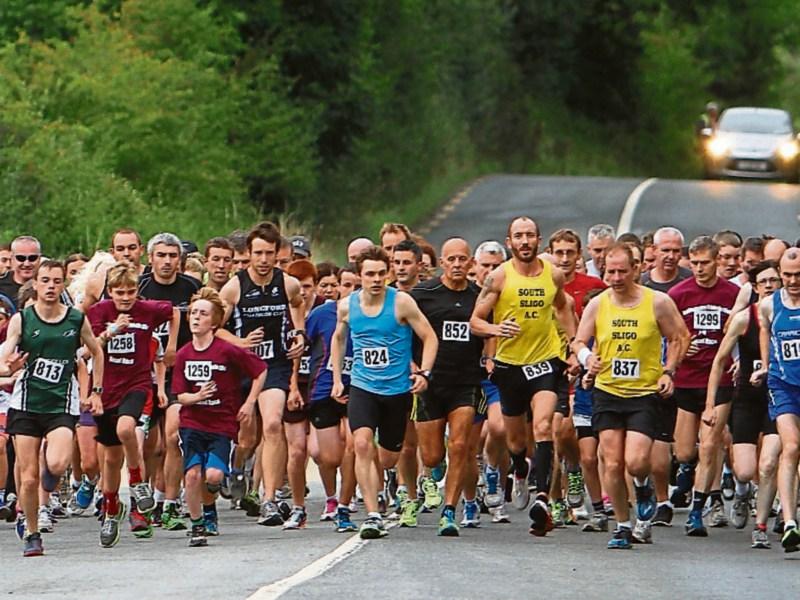 Ballinamore Athletic Club did not have an input into the restricted programme that summer but on the evening of Saturday August 17, 1968 the club hosted the first of 49 successive Festival athletics events with four “round the houses” open races on the town streets.

The Senior winners on that evening were local runner Eddie Leddy and Sligo based Claire Walsh, who both represented Ireland in the 1972 Olympic Games. Second to Claire Walsh was Patricia Quinn (Griffin) who had a long and successful International and domestic career and is organising next Friday’s 49th version of Festival Athletics.

While the Club input to the Festival programme up until the Open 10K & 5K races were introduced in 2010 has been mainly short road races for all ages at the lower end of the town, there have been three events of national significance.

In 1970, Danny McDaid won the National Marathon title at Ballinamore Festival and went on to represent Ireland in the Munich Olympics. The following year the Club hosted the annual Connacht v Ulster O'Duffy Cup match in Sean O'Heslin Park and in 1992 the National Mens and Women's half marathon were held in conjunction with the Festival.

Next Friday’s programme begins with registration for the 10K and 5K at the Scout Hall adjacent to the Sports Hall at 6pm. Each participant will receive a unique printed t shirt.

The races will follow the usual course with the 10K taking the scenic route around the canal with the start of both beside the Sports Hall and the finish at the Mean Scoil Fatima entrance Refreshments will follow in the Scout Hall with each runner, jogger or walker receiving their accurate chip timed finish time.