Breege trying to keep Olympic experience as real as possible 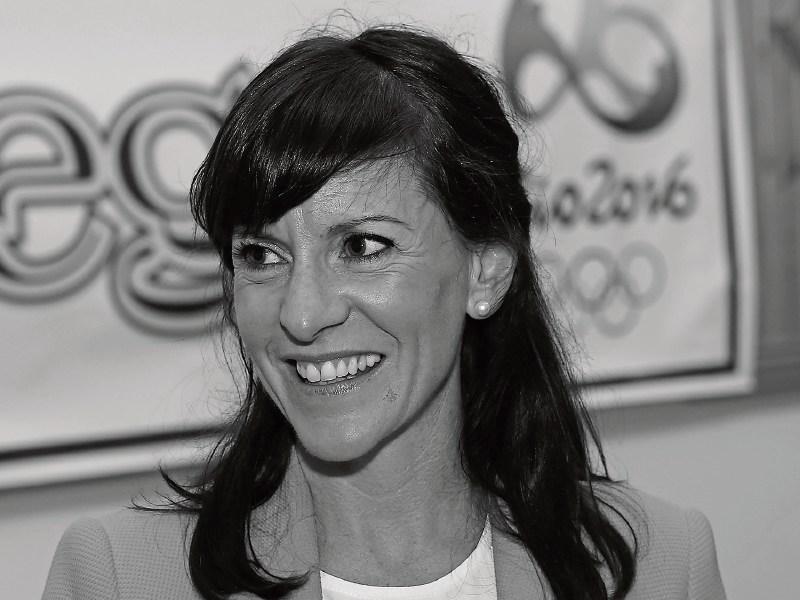 Breege Connolly joins a very select group of Irish people next Sunday, and an even more select group of Leitrim people, when she toes the line for the Olympic Marathon in Rio de Janeiro.

The Kinlough woman joins Eddie Leddy, Frances Cryan, Colin Griffin and Laura Reynolds as an Olympian but despite her amazing achievement, Breege is keeping her feet firmly planted on the group.

“I’ve tried to keep it as real and as honest as other marathons because the idea of the Olympics is so overwhelming,” Breege told the Observer before she departed for Brazil, “I would have to say that the motivation factor has definitely been the support I’ve received.

“When you have so many people wanting the best for you, to know that you have the whole village and the whole county behind you, that has been a great help during the training this time around.”

Breege’s selection for the Olympics prompted a marvellous response in Kinlough - “Oh my god, amazing, amazing. I think that is when you get the goosebumps, I know the Olympics are big but I’m not over-thinking how big but then you meet people like that, you can see what it means to them.

“The fact that I was given that reception, it is such a massive thing that people did that. It was very nice to get that recognition and to get it without being asked, it was lovely so it was.”

The event Breege talks about was a wonderful evening in Kinlough when the local community gathered to honour her achievements and it is obvious that the good-will touched Breege - “It was really, really touching and I know that it was as much for Mum and Dad and my brother, who is still in Kinlough and the friendships that they have all built but it was a great.

“When everyone was talking about sport and the value of sport, it was all about physical and mental value, but for me, that night was about the goodness of people. I know times are tight for people and people can’t afford to be giving me not only their love and affection but their hard earned money which I fully appreciate and I fully intend to, when Rio is over, thank everybody individually.

“And it has always been a good village to show community spirit, Kinlough. I suppose from living up here in Belfast and going home at weekends, I think the aspect that we have is that parish element and I think that community aspect is really strong.”

Yet for all the excitement, Breege has had to concentrate on preparing for her race - “People couldn’t be kinder and everyone is just so supportive. I’m just trying to carry on regardless, every day I have my training to get done and that is the most important thing on that day, making sure you are ticking off your key sessions.”

And Breege admits that taking her mind off the enormity of the Olympic Games is a key feature of her preparation - “I’m trying to keep my focus in that regard and when you have running done, that is it, you can’t think about it all the time. I choose not to, if you think about it and sit down all day long and think about it, that is more draining than going out and doing it.

“You have to break it down into small things and concentrate on your training without always thinking of the end goal. Without a shadow of a doubt, the end goal is always in your mind but you have to pull away from that, I need to get the training in the bag as well.

“Different people do it different way, I try not to over-think it because for the last two weeks, you will do nothing but think about the marathon. They are the longest and hardest weeks to put in because you are tapering a little bit but that is when the other stuff kicks in, you have to remain upbeat and just keep the focus.”

Working as a software tester for the global eCommerce and logistics management company eShopworld in Newry has definitely helped concentrate the mind and Breege is incredibly grateful for the support she has received from her colleagues - “They have been amazing, they have just got 110% behind it and I think, like getting back to the people of Kinlough, it was oh my god, it was just one of those things that makes you realise how big the Olympics are.

“After I got selected, there wasn’t enough that they could do and even getting time off work, it is really a busy wee company, it is in a really key growing phase and the fact that they have recognised that, my boss was saying this is the chance of a lifetime, they have done so much.”

And rather than hindering her running, Breege believes that working full-time is a key ingredient for her success - “Maybe there will come a time when I will look back and think God, how did I do that. But I also think, sure I’ve got time for it.

“And when you are working in software, the last thing you want to do is pull out a computer, there is a lot of hours in the evening when you aren’t running. I’m lucky in a way I have running, in a healthy way, helps fill hours in my day.

“I’m not a morning time runner simply because of work. Anybody who knows me knows that I’m not up with the birds at six o’clock in the morning, I would have always gone into work, done half a day and then run at lunchtime, that would be my morning run and then run again in the evening if you are on a double run day.

“If it is a session day, I would do a session during my lunch break or go over to Mary Peters' track. It just becomes a part of your routine, it is just an hour out of your day, the big thing is time management which I struggle with. Then there would be days when work comes into play, work comes first and it has to be your priority.

“It is a way of life. I know people who look at me working and wonder where do I find the time but then I look at people and I ask where do you find the time to do the things you do in your life. That’s a bigger struggle for me.

“I think I have a new appreciation for full-time athletes over the last two months because to me, being a full-time athlete would be more difficult, you putting in your time. I guess for sprinters and the walkers, they would spend a lot of time in the gym and all of those different aspects but those are the hours that can be hard to kill.

“But if you have work, it is different focus - I like working, I think it is something that works for me, too much thinking time isn’t good for any aspect of life. It depends on I guess your level as well, the medalling prospects don’t want to leave a stone unturned and for them, perhaps work is a hindrance.”