Dromahair BC overcoming obstacles as it goes from strength to strength 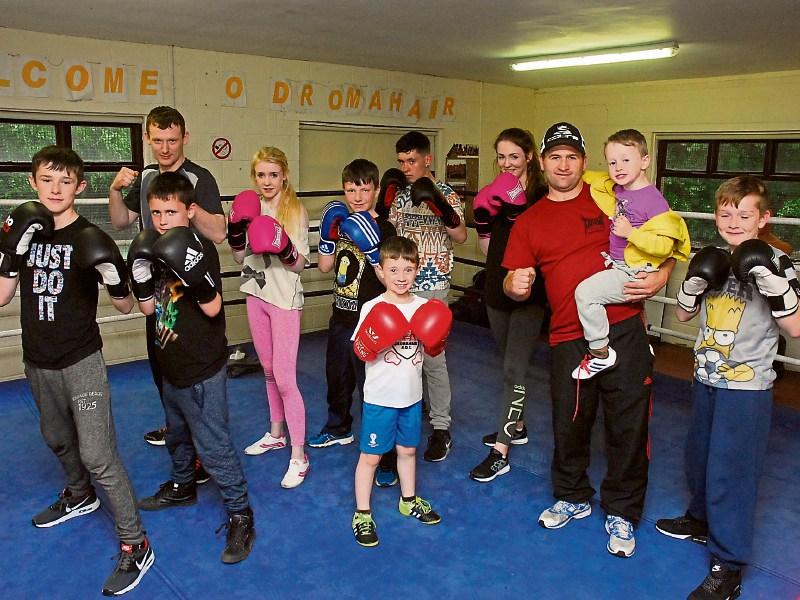 Dromahair Boxing Club have been in operation for the past seven years and continues to grow from strength to strength.

Although a feature of their seven year existence has been their struggle to obtain a suitable home for the club, the club’s founder and head coach Keelan Finan doesn’t waste time focusing on the negatives and is very positive about the future of the club.

As well as Keelan the boxers at the club are well looked after with Leanne Kelly, Shane Sweeney and John Harte also coaching the aspiring athletes and help is also provided by assistant coaches Gary Conlon and Lee Brennan.

When the club was first established training was held in The Abbey Manor Hotel in the centre of the village but after one night there, word came through that the hotel would be closing, the gear would have to be moved out and the club would have to find a new home.

Three years ago the club were told they would be able to move into the former Garda Barracks in the village but the wait for the handover of the barracks to the community has been a long and frustrating one and Keelan acknowledged the club may soon have to look elsewhere in their search for a permanent home for the club.

The club currently operate out of the pavilion clubhouse at the park in Dromahair where there is a ring set-up and room for exercise and training but during the winter months when the club is operating at peak capacity and there are up to 30 people training, Keelan acknowledged it can be difficult to accommodate everybody.

Despite the challenges they have faced the club continues to cater for big numbers with the club operating three different classes during peak season for 5-10 year olds; 11-18 year olds and a boot camp class for those simply looking to improve their fitness.

Since its formation the club has won numerous Connacht titles while Jordan Myers won a national title during his time boxing with the club and last month the club enjoyed significant success at the Monkstown International Box Cup in which 920 boxers from eight countries competed, with three boxers - Shania Murphy, Adam Sweeney and Andrew Sweeney returning home with gold medals around their neck.

Keelan, who is the Chairman of the Leitrim County Board, is already turning his attention to the next tournament his boxers will be competing in and proudly noted that there will be three female boxers - Leanne Kelly, Ria Keaney and Shania Murphy representing Dromahair BC in the Esker All-female Box Cup in October.

“When I started seven years ago I didn’t think we’d have that and to be expecting gold medals as well.”

The club continue to train twice a week and usually visit a neighbouring club twice a week with Keelan insisting despite the challenges they face in terms of space, new members are always welcome.