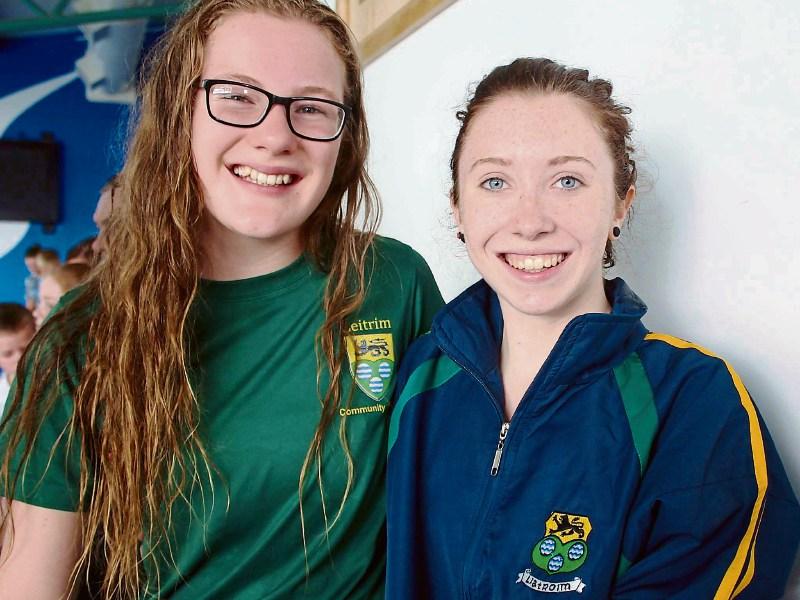 Leitrim enjoyed great success in the swimming pool at the HSE National Community Games Finals in Athlone, claiming three gold medals and a host of other medals in a variety of disciplines.

Kinlough’s Gero Gilmartin, son of current Melvin Gaels manager Liam, claimed a silver medal in the U12 freestyle while Oisin Kearney claimed a bronze in the U14 freestyle.

And Laoise Fee, daughter of former Allen Gaels star Angus, claimed a fourth place medal in the U14 butterfly to complete an amazing weekend for Leitrim swimming that was so nearly added to when Manorhamilton’s Ciara Lynch missed out on a medal by 0.2 of a second in the U16 girls backstroke final.

Out of the pool, there was further success for Leitrim when Carrick Area claimed a silver medal in the Irish Contemporary dance section in Athlone. The team of Anna Crossley, Jack Hughes, Declan Gill, Caoimhe Mooney, Liam Taylor and Roisin Noone are all drawn for the Sean Nós ar an tSionann dance club.

The Manorhamilton Area chess team of Noel Anup, Sadhbh Drummond, Mark McHugh, Gemma Mulholland, Cian O’Hagan, Gearóid O’Hagan and Eoin Rooney placed fourth in Athlone when they were beaten in a play-off after drawing their match.

The Leitrim U14 cross country relay team of Fenagh’s Ellie O’Rourke, Kinlough’s Hannah Gilmartin and Manorhamilton Lara Mulvaney-Kelly and Sarah Brady finished seventh overall in the Sunday’s final in which they improved their time by a massive 30 seconds on their performance in Saturday’s semi-final.

The Leitrim mixed cross country team of Patrick Montgomery, Tom Hughes, Hugo Filan, Ella McDaid, Erin Somers and Aisling Cullen from the Manorhamilton Area along with Iarlaith O’Brien and Danny McWeeney from the Drumshanbo Area performed well on Saturday when just missing out on medals in their race.

Mohill's Saoirse Gallagher also brought home a medal when she finished third in the U16 solo music category to complete a great weekend for the Leitrim competitors.

Next weekend, the action will be firmly on the football field and the athletics track with Manorhamilton Girls having teams in action in the U12 and U14 competitions, guaranteed at least a fourth place medal. They will face teams from Ulster in both semi-finals on Saturday.