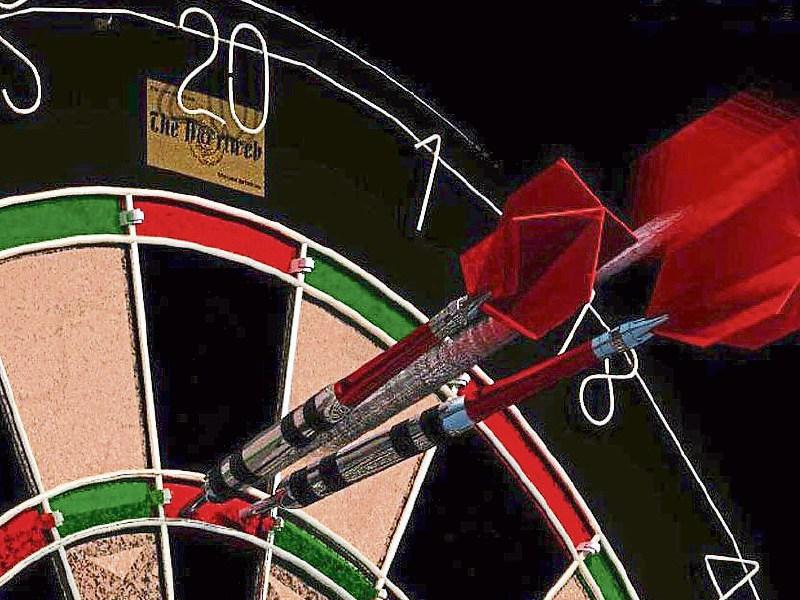 Following a very well attended meeting last Friday night in The Swan Bar we would firstly like to welcome on board our league sponsor for the year Pyramid Bookmakers.

We look forward to having a great working relationship and continued growth in this area. A big welcome to three new teams to the league, a welcome return for David Carthy of Lock 17 who has two teams entered and also to Cox's of Dromod under the guidance of James King.

There are now nine teams entered. The league will start on Friday September 30, with a gap week the following week for a Leitrim Darts Fundraiser Quiz in Conway's of Drumshanbo. A league singles will also take place on Friday December 16, with entry of €5 and €200 added to prize money, thanks to Andy Neenan of The Swan Bar and Lough Allen League.

Entry for teams in the league has been set at €75 for the year and prize money as well winners and runners up trophies will be paid out and also third and fourth will receive cash prizes. A full fixture list and rules will be issued to all participants in the next week. Looking forward to a successful time ahead!

The AGM was held last Friday in Smyth's Bar Ballinamore. There was a great attendance with lots of discussion on several items, the following committee was elected:

There will be five teams in the league for the year ahead and the draw was made for the first round of the Francis McGirl Memorial Cup: Freddies v Poor Scholar; Jackies v McGirl's; Bank Bar a bye.

The league will start on Friday October 14, first named team's will have home venue, also there will be a Team Captain’s meeting in Jackies Bar on Friday week the 30th of September to confirm team’s panels etc .

This Sunday sees the second last county ranked singles. Boards open from 5pm for a 6pm start. Entry fee is €10 with all monies taken paid out on the day for semi finalists onwards. Open draw. Looking forward to a good turnout.

A fundraising table quiz will take place in Conway's Corner House Drumshanbo on Friday October 7th starting at 9.30pm sharp. Entry is €20 for a team of 4. There will also be a raffle on the night. Quiz master is Kevin Costello. All support on the night would be very much appreciated.