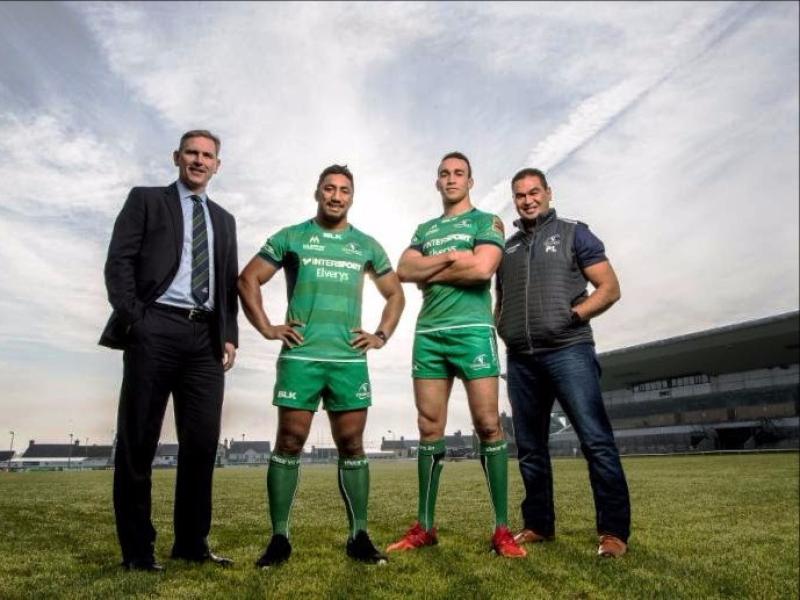 Connacht Rugby received a massive boost today (Tuesday) with the news that Bundee Aki and Ultan Dillane have renewed their contracts with the PRO 12 Champions.

Aki has signed a three-year extension to bring his stay at Connacht up to the summer of 2020. Since arriving in 2014, the charismatic centre has made 47 appearances for Connacht and was instrumental in the province's Guinness PRO12 title success last season.

Second row Dillane has signed a two-year extension to his current deal. The powerful ball carrier made his 34th appearance for Connacht in Sunday's bonus-point Champions Cup win over Zebre.

Commenting on the latest contract news, Connacht CEO Willie Ruane said "Both Bundee and Ultan made it clear from the start that they were keen to stay and play their rugby with Connacht.

“They are truly committed to the overall vision for the province and their signatures are a big boost to the future of Connacht Rugby. We're delighted, for the two players and for our supporters, to be able to share this news."

Aki's skill set, physicality, and work rate on and off the ball saw him earn plenty of recognition in the sporting world and in the last campaign the New Zealander was voted the PRO12 and Connacht Rugby Player of the Year.

Dillane graduated from the Connacht Academy in 2015 and made his international debut for Ireland in the 2016 6 Nations when he was called on as a replacement against England at Twickenham.

The 22-year-old made a further four appearances in the Ireland shirt including two test matches against the Springboks during the summer tour of South Africa.

Speaking at the Sportsground, Head Coach Pat Lam said “I'm really pleased that Bundee and Ultan have committed their futures to Connacht Rugby. Two talented rugby players, naturally their performances have attracted a lot of attention and there is no doubt that they had options in terms of where they could play.

“But I believe it is a massive statement about what we are doing here as a team and an organisation that they were both so determined to continue to play their part."

Bundee added "The last two years with Connacht Rugby have been incredible. I moved over here not really knowing what to expect but this place has become home to me and my family now. I am proud to be part of this Connacht team and I'm excited to see what we can achieve together.”

Ultan said “Connacht Rugby has given me so many opportunities since I started in the Academy and I'm delighted to have signed on again. I am enjoying my rugby so much here and am excited about the future of this team and the province.”