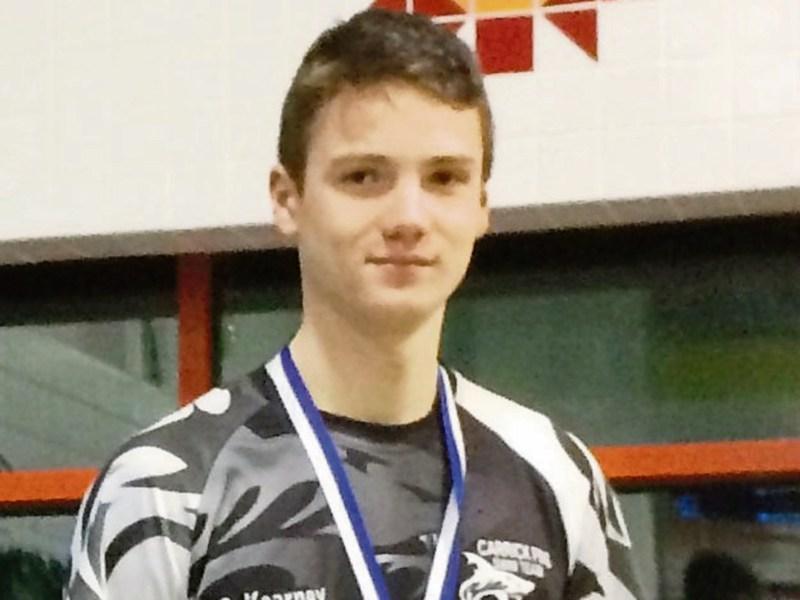 Oisin Kearney (14) brought home a bronze medal in 50m Butterfly for his new PB of 31.69 seconds and a Connacht silver in 50m Freestyle which he finished in 27.74 seconds

Jennifer Andrews (14) took six seconds off her previous personal best time in 200m Freestyle and achieved a Division 2 time of 2:23.44. She also swam the 200m Breaststroke in an impressive 3:01.66, less than a second off a Division 1 qualification, and finished against strong competition in 4th place.

Eoin Smith (15) and Lauryn McKeon (12) took the opportunity to set great PBs in distances they had not tried in galas before. With his 3:13.33 in 200m Breaststroke, a Division 2 time is now within reach for Eoin.

Oisin Kearney (14) brought home a bronze medal in 50m Butterfly for his new personal best of 31.69 seconds and a Connacht silver in 50m Freestyle which he finished in 27.74 seconds.

The Carrick swimmers enjoyed the atmosphere at this prestigious event, the banter with their friends from other clubs and the chance to watch some of the best swimmers in Ireland in action.

A long but successful day, well done to all swimmers and their coaches Fiona Flynn and Clare Breheny.