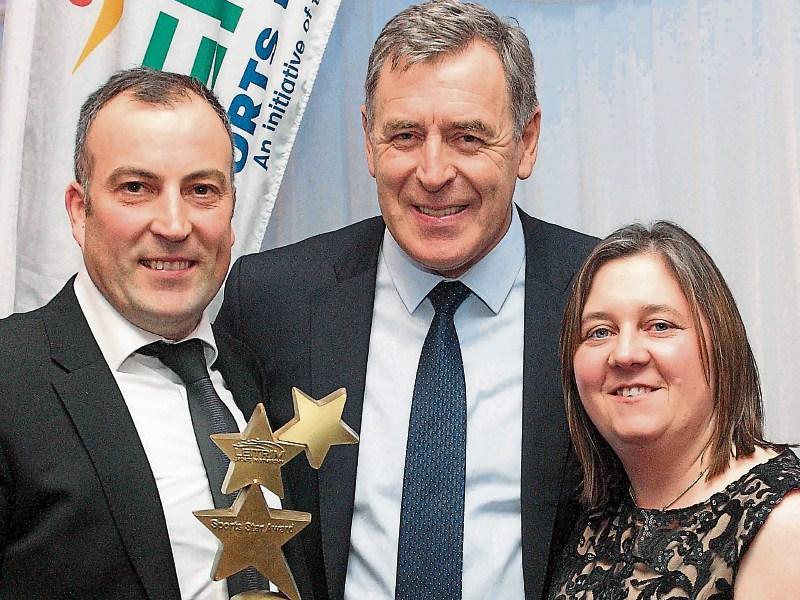 One definition of a volunteer is ‘a person who freely offers to take part in an enterprise or undertake a task’.

After he was named as Volunteer of the Year at the Leitrim Sports Award, Tom Kelly spoke to the Leitrim Observer and it quickly became clear that the North Leitrim AC clubman was a very worthy recipient of the award.

A former runner and cyclist, Tom explained that his love of athletics was rekindled 10 years ago when his daughter began taking the sport seriously.

“I have been there for about 10 years because my daughter started about 12 years ago. It’s kind of the logical thing where if your children are good you like to get involved and help them succeed. I was always a runner myself, I represented Finn Valley and I found it hard to get back into sport myself because I used to run and cycle at a high level in Ireland.

“Sometimes you need a way in and I found a way in through my daughter’s passion because she was very good - she was there or thereabouts in Irish championships so I just got involved and you know something, I have never looked back. I just love it and I actually went back running myself for the first time in 23 or 24 years.

“The passion that I have found now, I just want to give it to other people and you just want to get everyone out running. It’s not about competition, it’s just about getting people out - we’re not too old, we can do it.”

While he is very proud of the success the club has enjoyed in recent times in competitions, Tom insists it is equally important to get people involved for the sake of living a healthy lifestyle.

“We don’t need to be champions, because for every 50 people I might only have five champions but so what, everyone who goes out and exercises is a champion. It’s a bonus for me when people go on and succeed, that’s just the added bonus, it doesn’t really matter.”

Detailing the size of the operation that North Leitrim AC has developed into, it becomes clear just how big the sport of athletics has become.

“We have quite a comprehensive programme, we run four days a week in Manorhamilton. On Monday we do the long distance and general fitness for all athletes, that’s juveniles to seniors and fit for life. On Wednesday we do more of the skills training that’s more aimed at the athletes who want to go to competition.

“On Thursday we do our sprints which are long and short distance sprints. That’s for everyone but it is also geared towards people who want to go to competition and we have the fit for life at the same time. The Saturday session is sort of a squad training between all of our areas because we have Kinlough, Belcoo/Blacklion and Manorhamilton.

“The best kids and the kids who want to compete will come and there are multi-events, we have quite a big programme.

“I have been very lucky to have a man called Nigel McGrath and he does a lot of good work in the Belcoo area for me and that takes a lot of pressure off. He’s been looking after the new set-up there for me and I haven’t helped him out as much as I should but that will be coming in due course.”

In many sports, facilities and finances (or the lack of) can be used as an excuse for not achieving full potential but Tom insists that thinking of that sort is not entertained at North Leitrim AC.

“I have a cross-country girls team that won the All-Ireland Bs and they also won the Connacht U14 and U15’s this year which is unheard of. We have never ran over grass, we have no access to grass but they are one of the best cross-country teams in Connacht ever.

“There is a wee path up a couple of hills, we run it. We’ve done javelin throwing with sticks, we’ve done shot-putting with ordinary tennis balls and we have got champions.

“We practice discus without a proper discus but we have two Connacht champions. You can make things work, you don’t need the best equipment, obviously it helps if you have but only if you are at a high level but the most important thing is that you have a safe environment that people feel safe in but want to come to do things.”

While extremely happy with how the club is developing, Tom is ambitious and has big hopes for the club but again stressed it is just as important to have people taking part in athletics for the sake of their overall fitness as it is to have people competing for honours.

“Obviously we would like to expand the club, not for numbers but to get people running for a healthy lifestyle. We have got so much success on the track this year for our juveniles, they picked up 16 medals in the recent Connacht outdoors which is huge for us.

“The excitement between the kids and the juveniles, they are even more excited for next year than we are. They keep talking about the next events, the indoors, the outdoors - we are just there to back them up and see what we can do for them and maybe develop them onto the next rung.

While proud to have been named as volunteer of the year, Tom insisted there were numerous other people from throughout the county who would have been worthy winners - “For me, I might be a bit high profile because I’m at the front of it but for every person who gets an award, there are 100 other people.

“I could name people in my own club and I could name all the other people who were up for the same award.

“They are all doing the same things I am doing, they are all getting up, knocking on doors, getting children out, getting grown-ups out.

“They’re all organising behind the scenes and they’re all out coaching. They’re all unsung heroes, we’re all doing the same but unfortunately there is only award but I think the award is for everybody.”

l See next week's Leitrim Observer for another interview with a winner from the 2016 Leitrim Sport Star Awards.