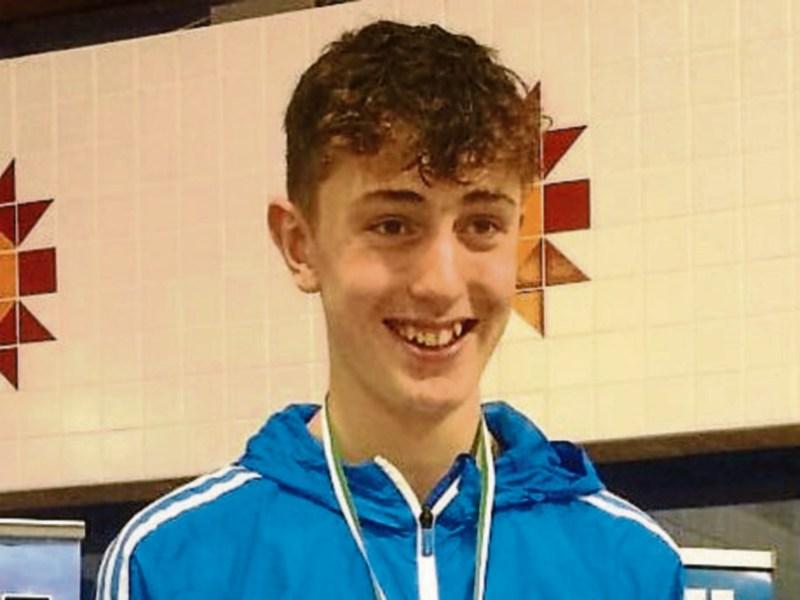 Personal bests were slashed last weekend in Galway when three swimmers representing Trident Swim Club took part in the A Grade Gala at Leisureland in Salthill.

Trident’s Diarmuid Sutton (14), Wiktoria Weinert (13) and Eoin Guckian (12) all put in some impressive swims, with a 100% PB record, not to mention a handful of Irish Division times and a couple of Connacht Squad times into the bargain.

Recording the first PB of the day was Wiktoria Weinert, taking part in the 200m backstroke which she swam in 2:41.27, taking more than 20 seconds off her entry time.

Swimming again soon after in the 200m Individual Medley, Wiktoria once more set the standard with a seven second PB, coming home in 2:41.83.

Team-mate Sutton, competing in the same event for the boys, followed with an even more impressive PB of 14 seconds, when he put up a winning time of 2:26.74, bagging himself not only his first gold medal but also his first Connacht Squad time and an Irish Division 1 qualifying time.

Sutton soon smashed his PB in the 200m breaststroke, knocking nine seconds off his seed time to take gold in a time of 2:45.60 - another Division 1 qualifying time but also his first Open qualifying time.

Wiktoria’s final event of the day was the 200m freestyle, again decimating her previous best by almost 17 seconds with her time of 2:22.59 and bag herself a Division 1 time for next summer.

Eoin Guckian knocked 10 seconds off his 200m freestyle time with 2:51.62, and hot on his heels was Sutton, grabbing his second Connacht Squad time, yet another Division 1 time, and a bronze medal.

Trident swimmers have three members qualified to take part in the International Dave McCullagh Memorial Meet at Bangor in February, a massive achievement for both the swimmers and the club.