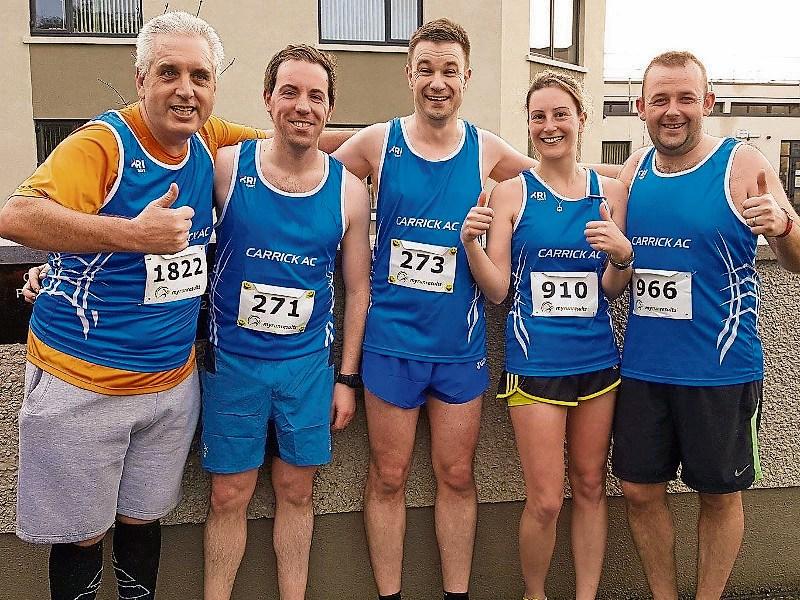 Competing as a guest, Gerard ran his faster ever season opener when he clocked 7.97 seconds in his specialist 60m hurdles event, just 0.17 off the qualifying standard for the European Indoors in Belgrade.

Gerard then had a very rare outing over 60m, finishing second in his race in a very swift 7.10 seconds, ranking him joint fourth fastest on the day.

There was a record attendance at Lough Key Parkrun’s 36th event last Saturday as regular Lough Key parkrunners were joined by members of Eastern Harp Gaels who are taking part in the parkrun as part of their Couch to 5k initiative over several weeks and also by Operation Transformation first time Parkrunners.

Shane Comer was first over the line in 19:13, his second in three appearances with Gavin Brennan second in 19:42 and Aaron Brennan of Corran AC third in 19:44.

Noreen Colreavy was first lady and 21st overall over the line in 23:43 with Suzanne Keenehan second in 23:53 and Alisha Lannon third in 24:10.

This week there were 303 runners, of whom 94 were first timers and 46 recorded new Personal Bests. Representatives of 6 different athletics clubs took part. Full results and a complete event history can be found on the Lough Key parkrun Results Page.

The fourth Annual Streets of Ballyshannon 5k Road Race takes place on Saturday January 28, at 11.30 am. Race starts and finishes at Lakeside Centre on Belleek Road and goes through the Port side of Ballyshannon. There is a prize fund of €500 on offer plus very good spot prizes for joggers, fun runners, Couch to 5ks and walkers.

The event is being organised by the local Ballyshannon Rugby Club to help raise funds for continued development of underage rugby in area. Further info from Joe at 087 2969454 or Martin at 087 4502700.