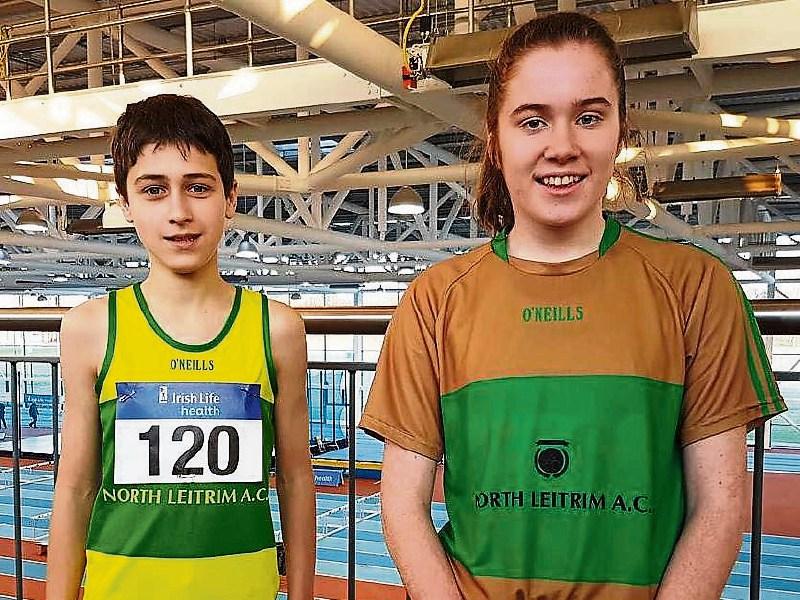 Darragh finished sixth in the U15 Boys event while Ella was eighth in the U15 Girls category in an event which sees the athletes test themselves over five events comprising of the 60m Hurdles, high and long jumps, shot put and 800m.

In the U15 boys event, Darragh turned in a time of 11.02 in the 60m hurdles where he finished sixth, jumped 4.17m in the long jump for seventh, a placing he repeated in the Shot where he threw 6.25m.

In the Long Jump, Ella’s 3.90m was good enough for 15th place while her 1.26m clearance in the High Jump saw her finish joint 12th in that event, leaving her eighth overall with 2367 points.

There was another record attendance at Lough Key parkrun last Saturday when the 37th event at the venue took place in crisp, frosty conditions. Shane Comer was first over the line in 19:14 with Carrick AC's Graham Allen second in 19.23 and Declan Horgan third in 20:03.

In the Ladies, Carrick AC's Ann Wynne was first and sixth overall in 20.35 with Cora Regan of Drumshanbo AC second in 22.22 with Noreen Colreavy third in 23.41.

This week there were 335 runners, of whom 74 were first timers and 88 recorded new Personal Bests. Full results and a complete event history can be found on the Lough Key parkrun Results Page.

The AGM of Leitrim County Athletics Board will take place tonight (Wednesday, January 25) at 8.30 in The Bush Hotel. Delegates from the county’s five athletic clubs will be in attendance as they set up fixtures for the coming season.

Organisers have lined up an intriguing World record attempt at this year’s AIT International Grand Prix on Wednesday, February 15.

The 600m event might not be a standard distance at major championships but for an event like the 2017 AIT GP it will be one of the most widely anticipated.

This distance allows top quality 400m and 800m athletes to face off and test their mettle and generally offers the opportunity of an attempt at the 600m world record.

Potentially every athlete in the field is capable of breaking this world record and that includes our own Irishman Mark English whose PB in the 800m outdoor is 1.44.84 and 1.46.82 indoor. The record currently stands at 1.15.12 and was set way back in 1999 by the German Nico Motchenbon. American Eric Sowinski has a PB of 1.15.06 in this irregular distance and an impressive 1.44.58 in the 800m.

While the field is very fast the athletes therein have all shown their ability in championship races. Luguelin Santos is a former Olympic Games silver medallist from London. Irishman Mark English holds European Indoor 800m silver and outdoor 800m bronze for which he came third just behind Artur Kuciapski POL who took the silver medal in that race at Zurich 2014.

Tickets are on sale from www.aitsport.ie for this year’s AIT International Grand Prix at €20 for seated and €10 for standing. Doors open at 6pm with the event starting at 6.30.