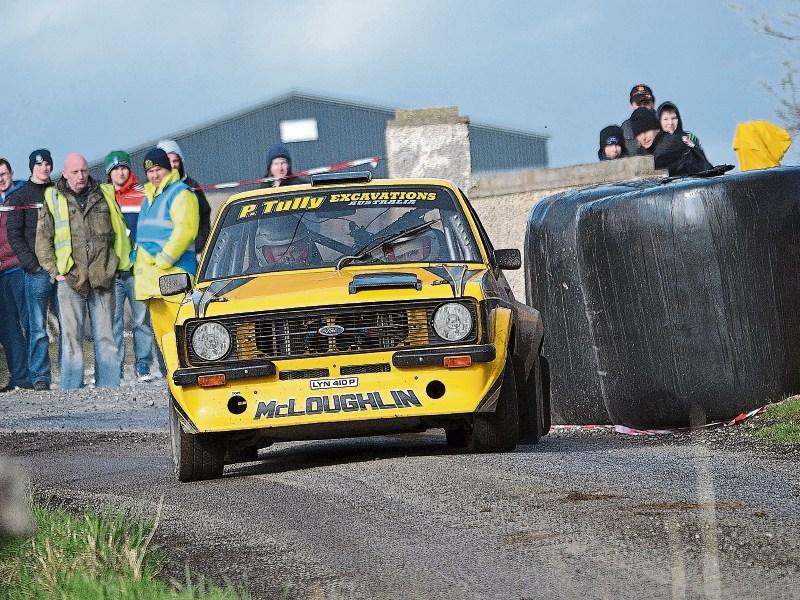 The Club is delighted to have main sponsors Longford Arms Hotel in association with A Plus Skip Hire. This year’s event is a counting round of the Triton Showers National rally championship which will see a large crowd of Rally enthusiasts converge on the town of Longford and the general area over the weekend.

The club will host the launch of the event on Thursday March 16, in The Longford Arms Hotel starting at 7.30. Many rally drivers and their cars will be on view together with officials and motorsport fans alike. The rally is also round 2 of the Colton Motors Midlands East Rally Championship and the Johnstown Toy Town Midland MC championship.

Some of the top rally drivers in the country will take to the Longford roads on the week-end of the 25/26 March. Leading the Championship after round 1 is Sam Moffett and James Fulton in a Fiesta WRC car while Boyle brother Declan and Brian are lying in second place in a similar Fiesta WRC with Donagh Kelly and Conor Foley in 3rd place in their Focus WRC car.

While the top competitors will draw a big number of spectators the entertaining Mk II Escorts will have their own appeal. Many local competitors will be looking forward to driving in their home event.

One local competitor and previous rally winner Sean Gallagher from Carrick-on-Shannon will be hoping for a good run in his Mitsubishi. Enda McLoughlin from Fenagh competed in this event in 2015 and will hopefully be gliding his Mk ll Escort down the Longford roads this year.

Sean Cahill Clerk of the Course for the rally together with his team have been busy for the last four months planning for the event. Midland Motor Club is grateful to Longford Co. Council and the Gardaí for their assistance in the build up to the event together with all the residents along the rally route who without their support the rally would not take place.

Safety again is a priority for the organisers and the club would appeal to everyone attending over the week end to stay safe, do not stand in a dangerous area and obey all marshals. Remember to “Keep the Race in its Place”.