Companionship and good golf is essence to a life-long sport 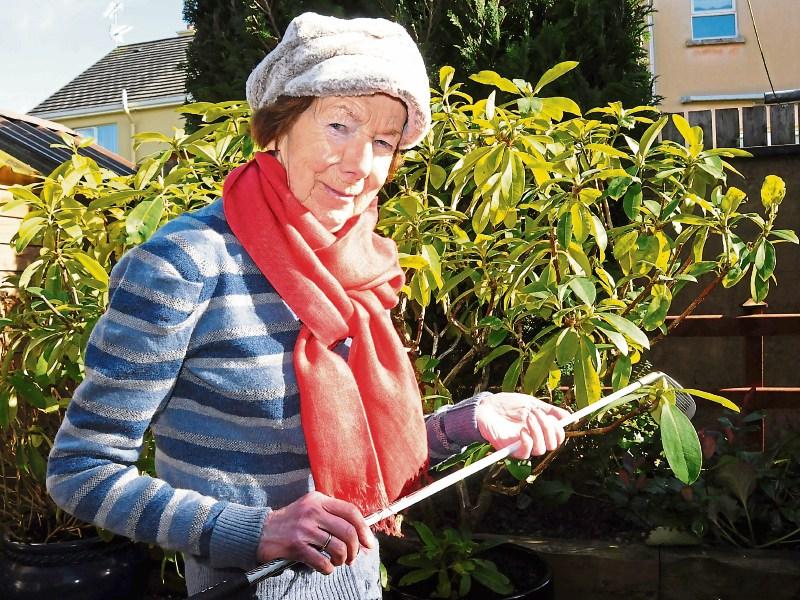 Maureen Dolphin is looking forward to the new golf season in Ballinamore.

Ladies - God bless them - and men of all shapes and sizes will be lining up within the next few weeks as Ballinamore Golf Club gets underway for the new season.

And this term will be special for a popular senior member, Maureen Dolphin, who will be playing in her 90th year and is itching to get underway with some flourishing green grass under foot at the start of the season.

Maureen lifted her first golf club 30 years ago at Blacklion Golf Club. That was way back in the 1980s on a beautiful 9-hole parkland course, though Maureen’s concentration was entirely given over to hitting her first balls under the tuition of her pal Rose McKeown, a retired school teacher. Maureen went on to win the Lady Captain’s prize in the late 1980s – so we it was obvious that she was a keen-to-win player and they were both members of the same golf clubs.

A nursing career enticed Maureen into private care in England – mainly in midwifery – and it was 18 years later before she came home to continue with nursing at Manorhamilton. And it was around then that Maureen came home to Ballinamore and bumped into Tommy Dolphin!

It was a big moment. “Everything clicked for me that day”, said Maureen, “though we went through a stage when I thought he would never ask me to marry him.

Anyway, Tommy (who worked locally as a garage man) eventually asked me to marry him in 1964. Sadly he died in 1969 after just five years living together.

Nowadays, Ballinamore Golf Club is very much a walk-on type of course. Even though our diary may look busy with club competitions – which are held generally on Wednesdays, Saturdays and Sundays – they do not take up much time at the first tee.

“Exercise and activity is a key to staying fit, especially on those hilly sections of the course – but overall I think it is quite brilliant. I especially enjoy the club golf because any day of the week I’ll come along and pal-up with a friend or another player.

“Club companionship is a delight and especially on Friday evenings when the club runs a ‘scramble’ and I get to meet new people because it is a draw for each team of four players. Often I will meet and play with different people and afterwards the foursome tends to stay together to enjoy a coffee or glass of beer.

“I would dearly love to go around the block again, sometime”.