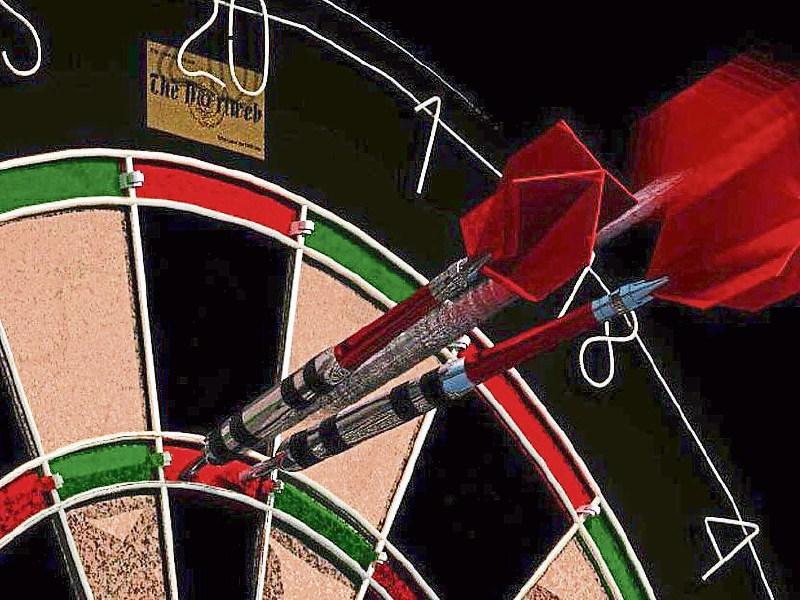 Congratulations to Taylor's of Drumsna who retained their title as Pyramid Bookmakers Lough Allen League Champions with a hard fought victory over O'Brien's of Mohill.

A fantastic night was had by all who attended, thanks to Monica's for hosting the event and for the lovely spread of food, and to Frank Mulvey who chalked all the games.

This was a very successful league this year, thanks to our league sponsors Pyramid Bookmakers, well done all and here's to next year!

After a tense and nail biting final victory over Robert Mulvey by 6 legs to 5, Gannon was on cloud 9. Notable scalps along the way were wins over Liam Aldridge and reigning champion Wayne Roberts.

Beaten semi finalists were Liam Aldridge and former champion Gene Connelly. The Shield event was won by Wayne Roberts who beat Greg McGovern in the final. Highest checkout went to Liam Aldridge with a 120.

Thanks to Ian Flynn for setting up all the stands and Pauline Crosbie who oversaw all proceedings as always. Massive thanks to Kathryn McTague for her sponsorship, wonderful food, highest checkout prize and selling raffle.

And so a new season of trials to decide the county men's team for the 2017/2018 darting year begins.

We would like to welcome our first two venues for hosting events, David Carthy's Lock 17 Leitrim Village and Jackie’s The Lakeland Bar Ballinamore. The dates and times for Trial 1 and 2 are as follows;

The usual round robin system will be in place at all trials this year. We look forward to seeing you all there.

Last Tuesday saw Cavan’s A. O’Neill win the first night of eight, beating Longford's J. Nevin in the final. By the time you read this there will be six nights left to qualify for finals night.

It would be nice to see as many local Leitrim throwers as possible taking part. As always all visiting throwers welcomed, five boards in use each night, strict time-keeping with the draw at 9.30, boards open from 7pm for practice.