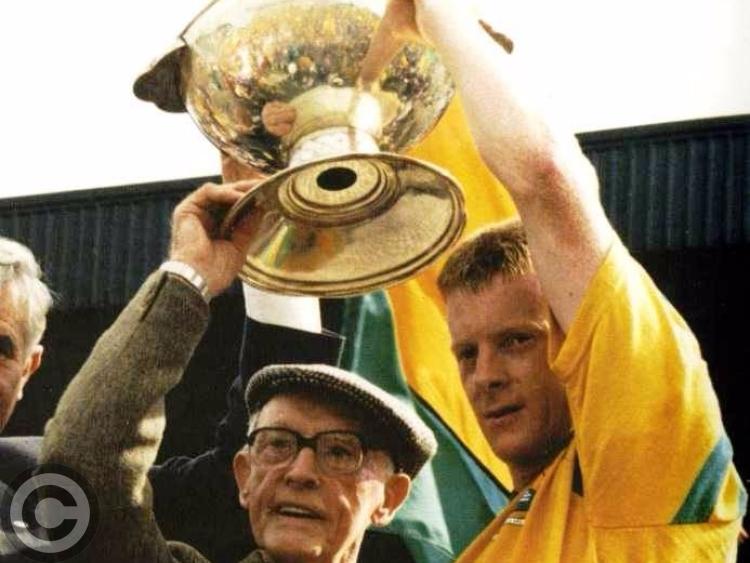 Optimism, sheer bloody minded optimism, may just be Leitrim's greatest strength but it could  be the trait that is blinding the GAA community to much needed reform of the game in the county.

The news that Leitrim has drawn Carlow in the next round of the Qualifiers has seen the optimism levels rise  from the depths after the mauling in Hyde Park and that is no bad thing - after all where would be without the dream?

But does that in-built optimism of Leitrim fans lead us to obscure the  need to ask questions of where Leitrim football is at the moment and where it is heading?

Does the optimism blind us, year after year, to the urgency to reform our club game at all levels and improve the performances of our County teams?

Some will argue there is no need pointing to  the welcome reforms of the county's underage structures but they will take time to bear fruit, but bear fruit they will. Yet these reforms also illustrate some of the problems facing the game in Leitrim.

These far-reaching reforms were introduced almost under the radar and what makes them interesting is the fact   the new structures are almost exactly what was proposed ten years ago when Gerry McGovern and Declan Bohan attempted a major reform of the underage structures, a  visionary proposal that was backed by the Senior Board but rejected resoundingly by the club's Coiste na nOg sections!

For that short-sightedness, Leitrim have been paying the price since as  Leitrim County and club teams have endured some of the worst results in their history in the last seven years.

Remember, Leitrim provided Connacht Senior Club finalists in 1990, 1992, 1994, 1995 and 1997 but nothing since. And it wasn't just one club as Sean O'Heslin's, Aughawillan, St. Mary's and Allen Gaels took on and beat the best from the Province.

Those days seem very far away now and unless something is done urgently, there will be no return to the days when Leitrim contested and won Connacht Senior, U21 and Minor titles in that exact same period!

So what was so different back then?

First of all, the Club Championship was knockout and while I don't advocate a return to the 'one and done' format,  it did ensure that every game was bitterly contested and clubs prepared as if their lives depended on it!

You certainly can't say that now as we have all seen players literally jet off in the middle of the championship and come back for the latter stages with no real consequences. Players are entitled to live their lives as they wish but the fact that the format allowed them to do this shouldn't be ignored.

Decisions taken in the early noughties certainly contributed to the fall in standards - the madness of a 16 team Senior championship, and 20 for one year, diluted standards and they have never recovered.

The rise of 9 & 11-a-side football also contributed where clubs concentrated on 11 or 13 players rather than developing greater strength in depth was another self-inflicted wound we are only beginning to rectify.

9 & 11-a-side football has it's place - on greatly smaller pitches where the emphasis is placed on  skills, not on full sized pitches where one or two players run the show and the abilities of the vast majority were not developed.

So how do we raise standards?

Simple - make it harder, not easier, to win a title so we must explore structures that gives teams games at a realistic level that match their abilities.

We have too many clubs playing at a standard they are not able for and nobody who watches the club game in Leitrim can have failed to notice the huge gulf in standard at Senior and Intermediate level.

And in a county with just 24 clubs, do we genuinely have 12 teams who are of Senior standard? If the answer is no, then we need to take action now.

A new system is in place this year and is a welcome attempt to generate a more competitive Championship, Mohill and Allen Gaels putting a lot of thought into proposing a motion that would pass muster at Convention.

But does the new structure go far enough? And what realistically can be done short-term and long term to improve both club and county football.

There is an intriguing proposal to  allow amalgamations of Intermediate and Junior clubs contest the Senior grade, a 12 team competition with eight club and four amalgamations to ensure that all players get the chance to play at the highest level.

Now before you scream that this is an over-reaction, both Dublin and Kerry are in the process of, or already have, reformed their Club Championship structures.

The Dublin Senior Club Championship is  touted as the toughest championship in the country but the Dublin County Board unveiled plans only last week to reorganise their competitions to ensure they remain competitive.

And Kerry, whose clubs regularly dominate the Intermediate and Junior All-Irelands and who feature a Divisional team system, also revamped their structures, making it harder to win and raising standards.

Kerry and Dublin are  improving from a position of strength. We are not in the same position but unless clubs take steps now, they will pay the price down the line and some already are.

Population figures are worrying for clubs - 80% of the children entering school in Leitrim last year are catered for by just 20% of the county's clubs so a key five or six clubs are going to get much stronger while everyone else gets weaker.

Hard decisions are needed and it will hurt but if clubs can think long term, then both they and Leitrim football in general will be better off. And unless something is done, beatings like Hyde Park will become the norm rather than the exception!