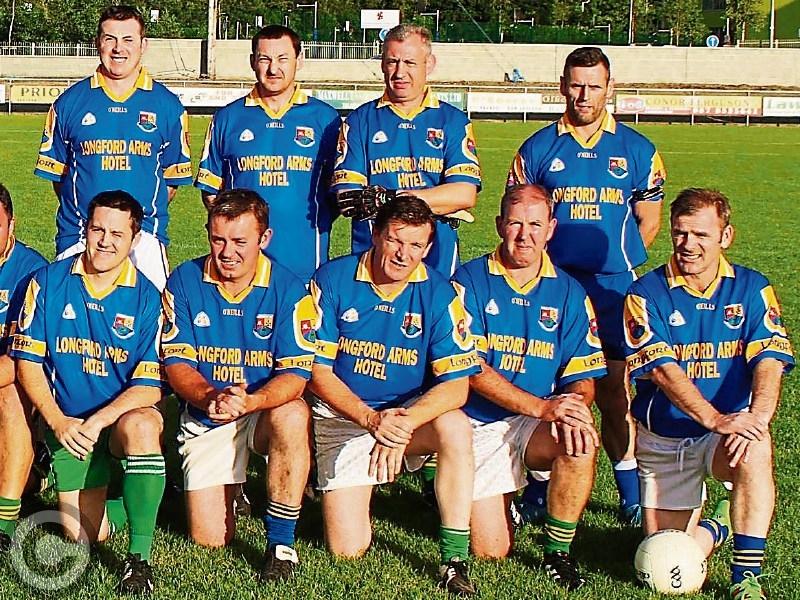 This Saturday, November 18, Leitrim Longford Masters line out in the 2017 Gaelic Masters Plate Final versus a very powerful Kildare Masters.

The Final is taking place at The Downs GAA Club Mullingar with the scheduled throw in time of 2:30pm. Players to arrive in the dressing room by 1:30pm.

Preparations for the match have gone well and we would like to thank all those who turned out for the Michael Cunningham Memorial Cup in Templeport on Friday, particularly those from Gortletteragh GAA who came along and took part in a very enjoyable game.

It has been a tremendously successful 2017 on and off the field, where we may not have come out on top in as many fixtures as we would have liked but we were seriously competitive in every game.

We are so looking forward to the chance to pick up something as a reward for the outstanding effort that has been shown all year but it will take a huge performance from the entire panel and management team.

Corran Park Ballymote saw the All Ireland Masters Final take place where Mayo ran out 1-10 to 0-09 winners over Sligo in a titanic struggle, and it was really fitting the winners were presented with the Cup by none other than sporting legend and hero, Dr Mick Loftus who started the whole Masters thing off.

In really testing conditions, the football on show was of a very high standard. This may have had something to do with the talent both sides possessed. Mayo included the likes of double All Star Kenneth Mortimer, All-Ireland runner up Aidan Higgins, former Mayo Senior Captain/ National League winner Gary Ruane and three All Ireland Senior Club winners in Kevin Malone, Joe Keane and Paul McGarry. Sligo had Eamonn O'Hara, Dessie Sloyan, Paul Taylor, David Durkan and former Crossmolina man Michael Moyles balancing things up.

In the Shield Final Tyrone overcame Galway by 0-14 to 0-11 in another tight game in heavy conditions. Great credit is due to all those who worked so tirelessly to ensure that both games went ahead.