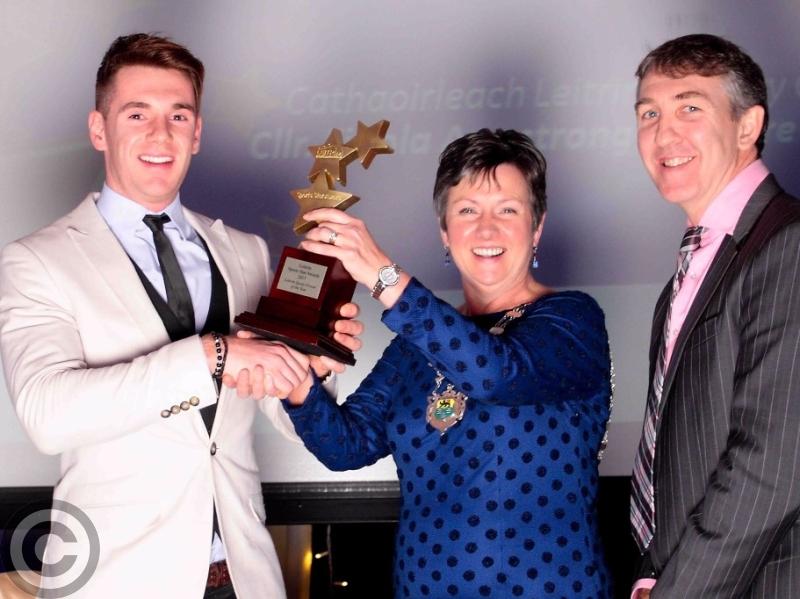 The Carrrick-on-Shannon AC sprinter finished off a great year that saw him crowned Irish Senior 200m champion and run for Ireland in the European Team Championships by winning the prestigious award on a night that saw the best of the county's sporting talent honoured.

There was a standing ovation for Aughawillan and Leitrim Ladies football legend Maeve Quinn when she received the Hall of Fame Award on Friday night, fitting recognition for a career that started back in the early 80s and is incredibly still going strong.

Carrick-on-Shannon's Donnacha Holmes' Ironman exploits saw him win the Senior Sports Star of the Year award while the exploits of Manorhamilton's Muireann Devaney in both gaelic football and soccer saw her win the Junior Sports Star award.

Leitrim hurling also had a great night with the County Senior team winning the Team of the Year award after reaching the Lory Meagher Cup Final while Martin Cunniffe won the Volunteer of the Year Award.

Carrick-on-Shannon's Scoil Mhuire won the Best Sports School Award and the Club of the Year title went to Lough Key Triathlon Club who have gone from strength to strength in only 10 years of existence, boasting three internationals during the year.

The Leitrim Observer Unsung Hero award went to John Cavanagh and Sinead McKeon for their fantastic fundrasing efforts in organising a Limerick to Dromahair cycle that has so far raised in excess of €62,000 for local charities.

Congratulations to all the winners and all those nominated. See this week's Leitrim Observer for more photos and reactions from the Leitrim Sports Star Awards.