Can Drumshanbo VS finally go back to the top? 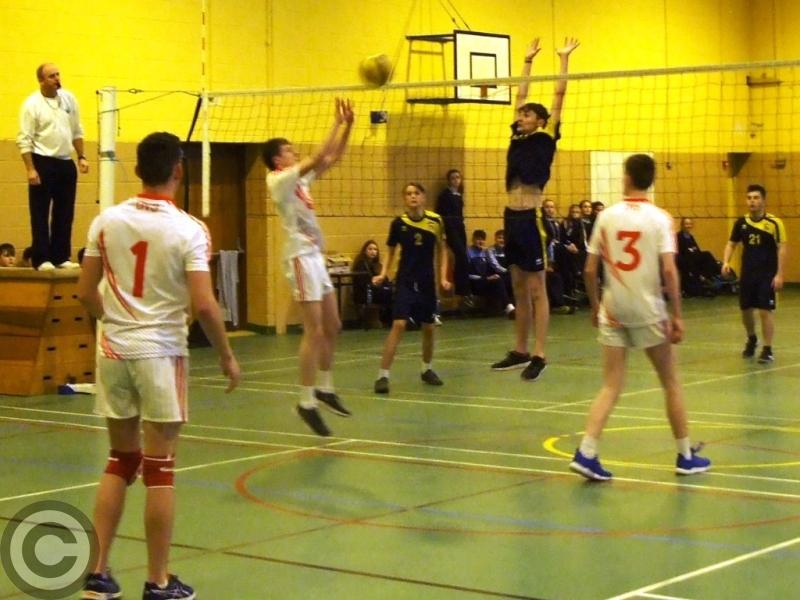 Gilmartin volleys during the All-Ireland Semi-Final

Next Wednesday, December 13, Drumshanbo VS make another attempt to win their fifth Senior A title, a full 13 years after their last. They also strive to break the stranglehold of Loughrea Schools who have won all the senior A titles this decade!

It seems to be a tall order. Many fine Drumshanbo teams have failed against Loughrea at senior. Many of the current side played in the thrilling five setter against double senior champions St. Raphael’s Loughrea last year.

So can this team break the deadlock?

Five were on the cadette A team that beat Brigid’s in the 2016 final: Tomás McManus, Raymond Gallagher, Cian Beirne, Fergal Gilmartin (captain) and Cian Gibbons. In fact they have beaten Brigid’s at Junior, Cadette and Senior level.

But many past pupils will remember the senior A team of 1990-2000 who came into the final with the same record over Brigid's and failed to win a set! Drumshanbo do not have their captain of the cadette winning team Mark McMahon or man of the match on the day, Caleb Duffy.

Brigid's won the last Cadette a final and also won the Junior A two years before with their younger players. Their senior A semi-final victory last week was every bit as impressive as Drumshanbo’s and they are very confident.

Although only six can play Drumshanbo have used a wider band of players in the semi-final. This was very encouraging in the final set when players were called into unfamiliar positions and took over the mantle very well.

Next week Colin and Garret are also taking part in the school musical, the wizard of OZ. The matinee was actually planned for the 13th and has been put back a day. What a great week it promises to be for the mid Leitrim School.