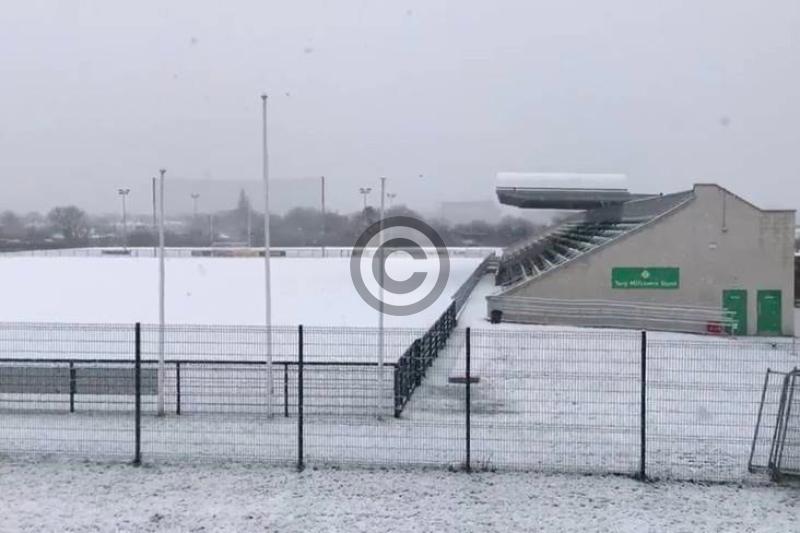 McGovern Park in Ruislip is snow-bound

It is a complete white-out for sport in Leitrim this weekend with the news that all matches in every code called off due to the effects of Storm Emma.

Leitrim saw their trip to London on Saturday fall victim to the weather with McGovern Park in Ruislip, the GAA soon following with a blanket call off of games later in the afternoon, a move that also sees the Hurlers have a free weekend as their game against Cavan in Pairc Sean Mac Diarmada was also called off.

The Ladies Gaelic Football Association followed suit meaning Leitrim's clash with Down, fixed for Cloone next Sunday, was also called.

Leitrim GAA soon followed suit with the news that the first round of the Swan Bar Division 3 and 4 Leagues and all Juvenile League games are also cancelled.

The FAI called off the League of Ireland programme for the weekend and Sligo Leitrim & District Leagues followed suit by calling halt to their entire programme of adult and juvenile fixtures this weekend.

Despite being indoors, all handball activities over the weekend have also been called off making it one of these incredibly rare weekends where there is no sporting activity in Leitrim.