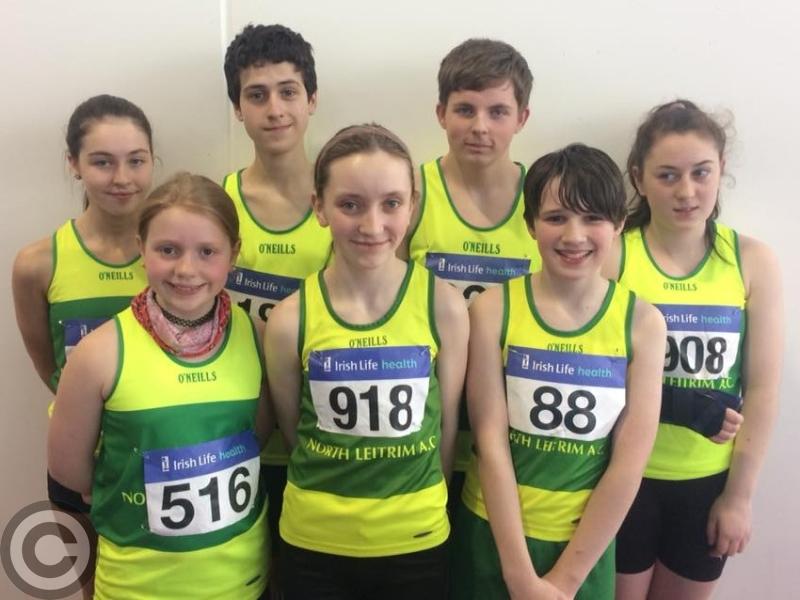 A silver for Niamh Carolan (U15) and two bronzes for Darragh Mitchell (U16) and Sara O’Beirne (U14) was a huge hall for the North Leitrim club on the first day of the Irish Life Health sponsored Juvenile Championships.

Niamh’s time of 5.05.79 was just behind Waterford’s Maeve O’Connor who clocked 5.05.79 with South Galway’s Roisin Geaney third some 11 seconds in arrears. Niamh also went on to finish eighth in the Shot to display her all-round credentials.

Sara O’Beirne was another to pick up a first All-Ireland medal as the Mohill athlete, competing for North Leitrim, was just five seconds from the gold and just over a second from silver. Her time of 5.46.78 saw her finish third behind Bridin Doyle of Cranford Harriers (5.41.70) and Rebecca Carthy (DSD) 5.45.58.

Darragh Mitchell added to his collection of All-Ireland medals as he finished third in the U16 boys race. His time of 8.13.99 saw him take the bronze behind Mullingar’s Matthew Glennon as he added to his two bronzes of last year.

Gerard Murtagh was one place outside the medals as he twice broke his personal best in the heats and final of the U14 60m, running 8.07 in the heats and 7.99 in the final, just 0.14 away from the bronze medal.

Carrick AC’s Toyosi Fagbo smashed his pb with a great time of 7.58 to take fifth in the U15 Boys Final while Alannah McGuinness also broke the eight second barrier for the first time with a time of 7.99 in the U17 60m heats before finishing 7th in the final in 8.11.

Another Carrick AC athlete to reach a final was Clodagh Sheerin in the U18 60m where she ran 8.36 in the heats and improved to 8.31 for sixth place in the final.

Shane Finn finished ninth in the U15 Shot with a fine throw of 10.46m with his clubmate Dara Holmes throwing 7.37m for 12th in the U13 Boys Shot.

On the roads, it was a busy weekend with Kinlough’s Teresa Doherty winning the traditional St. Patrick’s Day 10Km in Tubbercurry in a time of 35.49, her second big win in a week.

Colin Griffin (Ballinamore AC) finished fourth in the Mullingar Half Marathon on St Patrick's Day. The race was won by John Daly of the host club in 1:12.21. Only twenty three seconds separated first from fourth.