No news on whether cancelled Final will be played or not 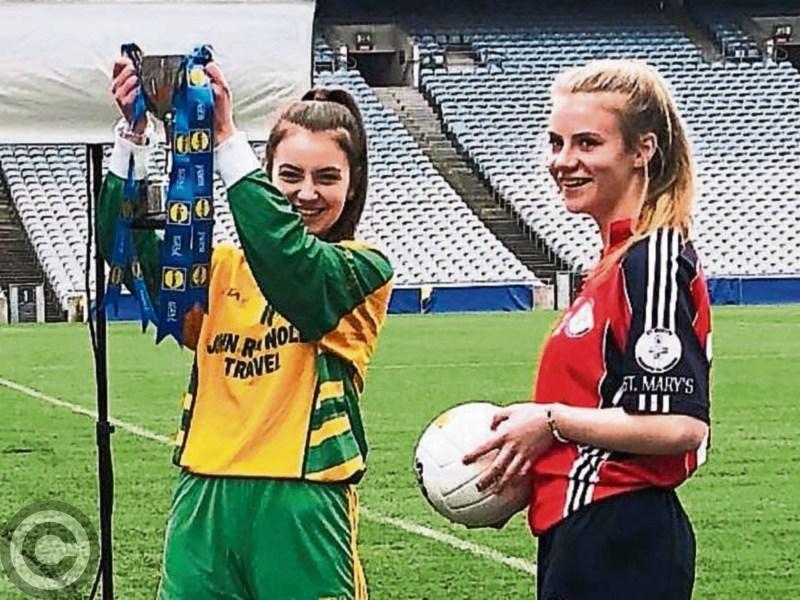 Three days on from when they should have contested an All-Ireland Final, the footballers of St. Clare's CS Manorhamilton are still left in limbo, not knowing if they are All-Ireland Champions or not!

But in a stunning move, the Cork school informed the Ladies Gaelic Football Association just one minute before the close of business on Friday last that they would not be in a position to fulfill the fixture against St. Clare's.

Under LGFA Rules, St. Clare's CS should be awarded the title and the LGFA website had the game down as being conceded by St. Mary's, with the title going to Manorhamilton.

But when contacted by the Observer on Monday, the LGFA stated that the matter had now been referred to the Ladies Central Council amidst rumours that St. Mary's had lodged an appeal to their disqualification.

On the face of it, St. Mary's would not appear to have a strong case in their appeal as the LGFA only received notification that they wouldn't be fulfilling the fixture at 4.59 pm on Friday, meaning it was not within the required 48 hours notice in written or electronic form to the LGFA, the Final fixed for 3 pm last Sunday.

The entire episode leaves the St. Clare's footballers in limbo - not knowing whether they should be training for an All-Ireland Final or not.

St. Clare's CS also missed out on the entire occasion and razzmatazz of an All-Ireland Final appearance, something referred to in this week's Glencar/Manorhamilton club notes which said “All Ireland Finals don’t come around too often and to be denied the opportunity to play in one is heartbreaking for the school girls.”

There was no inkling of these developments when the St. Mary's team captain attended the launch of Lidl Ladies All-Ireland Schools series in Croke Park just last Wednesday, April 11, along with St. Clare's captain Laura Fowley, manager Danielle Nolan and player Leah Fox.

In their statement, the LGFA said that St. Mary’s Midleton informed them via email at 4.59 pm on Friday April 13, that they were not in a position to fulfil the fixture, adding “The LGFA was left with no choice but to accept the decision from St Mary’s not to play the game, and St Clare’s Comprehensive, Manorhamilton, have been informed.”

With no decision from the LGFA at the time of going to press, it means that St. Clare's are left waiting to see if they are All-Ireland Champions or not!