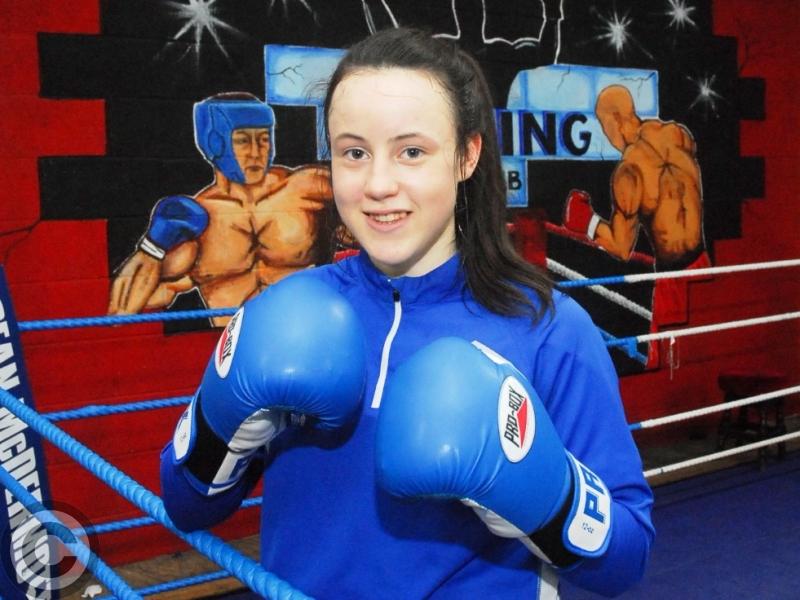 Leitrim's Dearbhla Rooney has been drawn to face a Polish opponent in the opening round of the Women's 57 Kg class on Thursday in the European Youth Boxing Championships in Italy.

The five-time Irish champion will take on Poland's Pawlak Weronika in Bout 79 on the programme on Thursday with the daily schedule not yet released. The schedule can be viewed here when it is released.

The luck of the draw was not on Déarbhla's side as, with 13 fighters entered in the competition, all three first round byes went in the top half of the draw, with four preliminary rounds on the Mullies girl's side of the draw. Also on her side of the draw are competitors from Croatia, Hungary, Russia, Turkey, England and Bulgaria.

If Déarbhla is successful in her preliminary round bout, she will face either Cacic Nikolina of Croatia or Matesz Viktoria of Hungary in the Quarter-Finals on Sunday, April 22, with the semi-finals fixed for Tuesday, April 24, and the Final on Wednesday, April 25.

Before she left for the Championships, Déarbhla talked of what she is expecting in Italy - “Maybe the coaches and the other girls on the team might know a bit about the girl I’m boxing, they’ll teach me different tactics and different combinations I can work on.

“From talking to the other girls on the team, there are maybe 16 to 18 other girls in the category so there will be preliminaries as well before getting to the Quarter-Final stage.

“I think if I go over there and I fight the way I can fight and just perform, don’t be nervous, I think I can hopefully progress and bring back a medal.”

The full interview with Déarbhla in available in this week’s Leitrim Observer. Remember to keep an eye out on www.leitrimobserver.ie and Twitter for more news on Déarbhla’s progress.