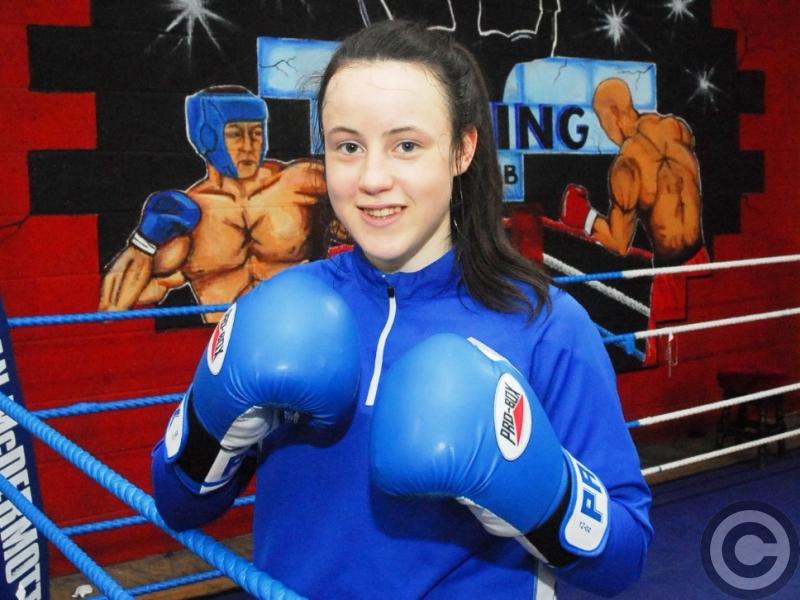 Manorhamilton's Déarbhla Rooney marched into the European Youth Boxing Championships with a commanding victory over her Polish opponent in Thursday's bout.

The Sean McDermott Boxing Club fighter was always on the front foot in the fight and showed better stamina over the demanding three rounds, clearly taking the first round.

The second round was a much closer affair with the long reach of Weronika Pawlak causing a few problems but in the third round, Rooney's high energy levels, clever foot-work and aggression saw her score well to take the victory.

Déarbhla will face Nikolina Cacic of Croatia in the Quarter-Finals on Sunday, April 22, with the semi-finals fixed for Tuesday, April 24, and the Final on Wednesday, April 25.

Before she left for the Championships, Déarbhla talked of what she is expecting in Italy - “I think if I go over there and I fight the way I can fight and just perform, don’t be nervous, I think I can hopefully progress and bring back a medal.”

The full interview with Déarbhla in available in this week’s Leitrim Observer. Remember to keep an eye out on www.leitrimobserver.ie and Twitter for more news on Déarbhla’s progress.