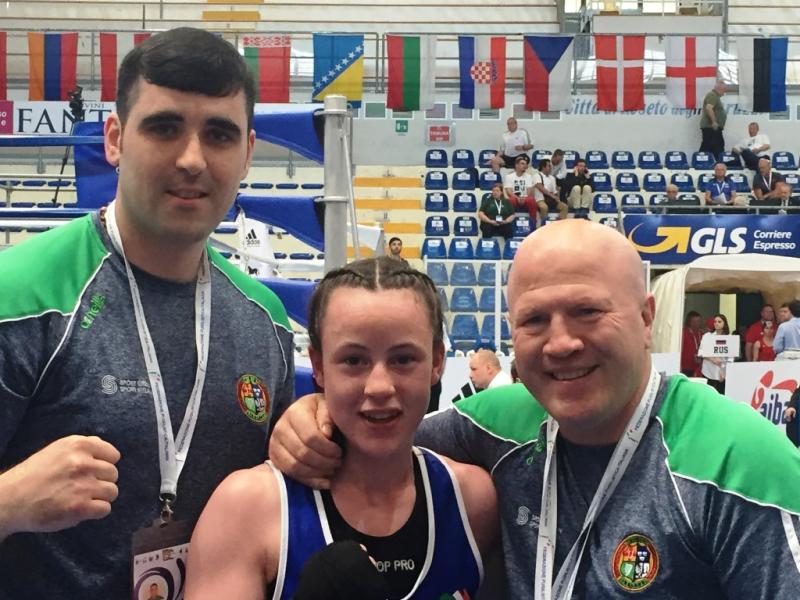 A delighted Déarbhla Rooney pictured with her coaches including Michael Carruth

Manorhamilton's Déarbhla Rooney has joined a very select band of Leitrim sports people by becoming the first boxer from the county to medal at a major Championship after she booked her place in the semi-finals at the European Youth Championships in Italy on Sunday.

The young Mullies fighter produced an exceptional display to defeat Nikolina Cacic of Croatia 4-1 on points in the Quarter-Finals on Sunday, thereby guaranteeing herself a place in the semi-finals this Tuesday, April 24.

Only the Georgian judge ruled that Déarbhla was not the winner, scoring the fight 29-28 in favour of the Croatian but the tight nature of a tough, fast paced and bruising contest was reflected in the fact that only the Polish judge gave all three rounds to Déarbhla.

Indeed, the Italian and Romanian judges both had just one point in it while the Dutch judge had Déarbhla winning by two points.

With the quality of her displays, many will be wondering if the Sean McDermott Boxing Club fighter can go all the way to claim the European Youth Bantamweight title on Wednesday, April 25.

Déarbhla had 1992 Olympic gold medalist Michael Carruth and Michael Mongan in her corner and she started off the better, landing a big early hit just 15 seconds into the contest with the slightly taller Cacic. Déarbhla was quickly into her rhythm in the first round, landing a big early blow after about ten seconds.

The longer reach of the Croatian should have kept Déarbhla at bay but great footwork and the speed of her jabs meant that the Mullies girl kept Cacic on the defensive, so much so that the Croatian was given a count midway through the first round. The Croatian did have a good spell late in the round but Déarbhla was clearly in control.

The second round started with the Croatian trying to impose herself more on the Irish fighter, getting in closer to try and crowd out Déarbhla. But again the speed of the Manorhamilton fighter, both in footwork and the quickness of her jabs, saw Déarbhla in control as she picked off Cacic seemingly at will.

Déarbhla did get caught with ten seconds to go in the round as the Croatian's power did seem formidable when she was able to land against the elusive Rooney.

With a small wait ahead of the judge's announcement, the tension was high but Déarbhla showed she still had plenty of energy left when she leapt high into the air when the blue corner was announced as the winner.

With no bouts on Monday, Déarbhla gets a well deserved rest day with the semi-finals taking place starting on Tuesday evening at 2pm Italian time (1 pm Irish time). 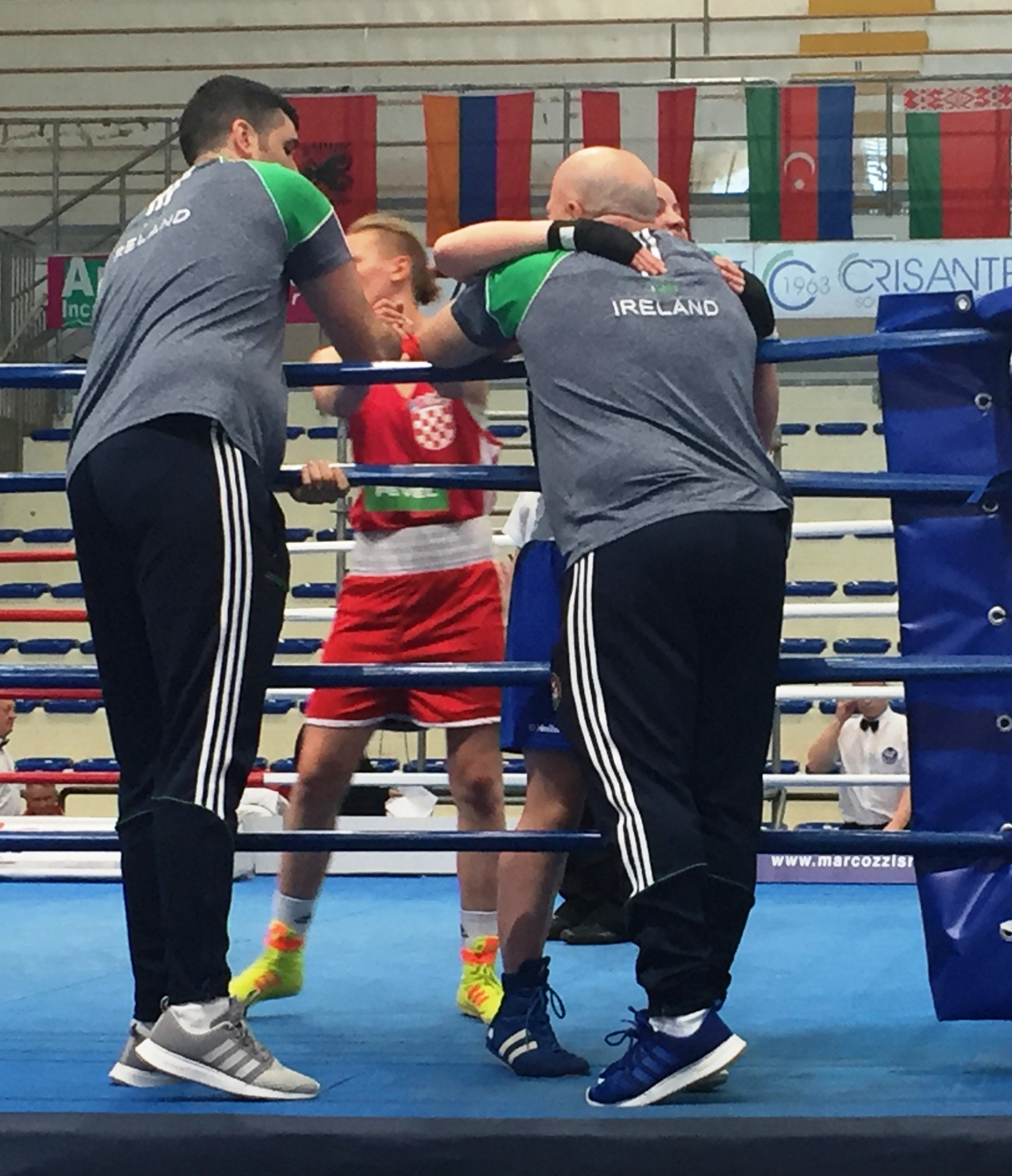 A delighted Déarbhla Rooney is congratulated by her coaches