LIVE: Leitrim's Dearbhla Rooney is fighting for a place in the Women's Bantam weight Final

Manorhamilton fighter will enter the ring at 1.45pm. Watch her fight live via the link below. 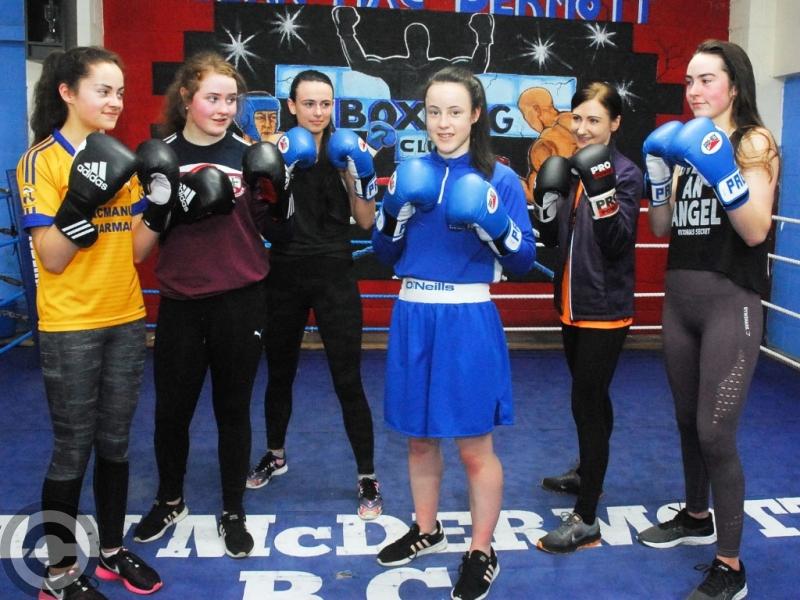 Déarbhla Rooney goes in an European Semi-Final on Tuesday. Photo by Willie Donnellan

Manorhamilton and Leitrim will be glued to their computer screens this afternoon when Sean McDermott Boxing Club's Déarbhla Rooney is fighting for a place in the Women's Bantam weight Final at the European Youth Boxing Championship.

Déarbhla has beaten off Poland's Pawlak Weronika and Croatia's Nikolina Cacic of Croatia to reach Tuesday's semi-final where she will face the imposing Russian fighter Valeri Radinova in the semi-finals after the Russian defeated England's Elise Glynn 4-1 in their quarter-final.

Radinova is a tough fighter with an aggressive brawling style that puts her on the front foot while a tight guard means it can be hard to break through. The Russian fighter beat the European champion Elise Glynn in the quarter-finals so her confidence will obviously be up as she takes on Déarbhla.

However, with 1992 Olympic champion Michael Carruth and Michael Mongan giving her advice in her corner for the last fight and Sean McDermott BC coaches John Gilligan and James Kelly also giving advice, the coaching team and Déarbhla are sure to work out a plan to deal with the dangerous Russian.

For those of a superstitous nature, Déarbhla will box out of the red corner for the first time in these championships in bout 268 of the programme, the semi-final fourth in the afternoon schedule in ring B. It should mean that Déarbhla climbs into the ring at about 1.45 pm on Tuesday afternoon if all three bouts ahead of her go the distance.

Déarbhla will be joined in Tuesday's Semi-Finals by Irish team-mates Dean Clancy from Sligo, Lauren Kelly, Jude Gallagher, Daina Moorehouse and Evelyn Igharo on what should be a very exciting day for Irish boxing.

The link for watching today's Semi-Finals is available here.

Everyone in the Leitrim Observer and connected with any Leitrim sport wishes Déarbhla the best of luck.