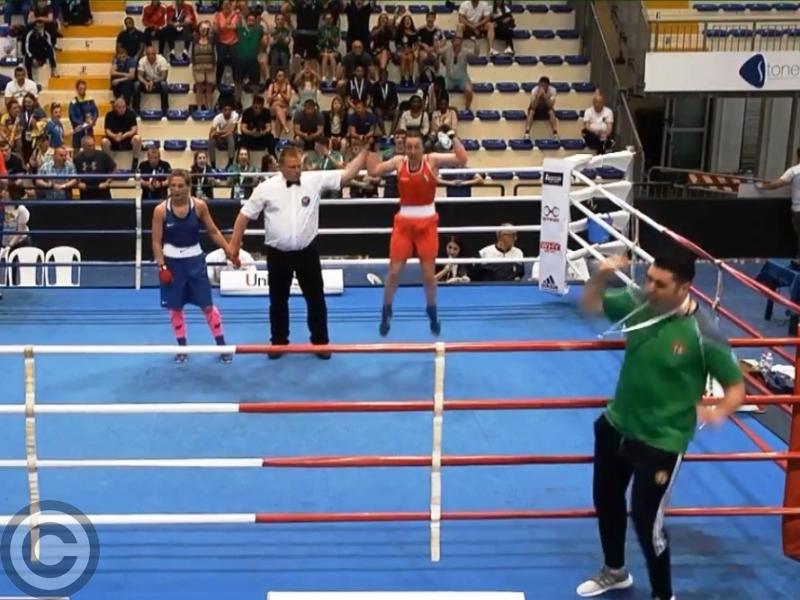 Leitrim's Déarbhla Rooney will fight for a gold medal on Wednesday at the European Youth Boxing Championships in Roesto degli Abruzzi in central Italy after the Manorhamilton fighter sensationally won her semi-final.

Up against the impossing Valeri Radinova of Russia in a tough and bruising semi-final on Tuesday afternoon, Déarbhla won the fight 3-2 on the Judge's scorecard, with three judges giving her the win 29-28 and the other two scoring it 28-29 for the Russian.