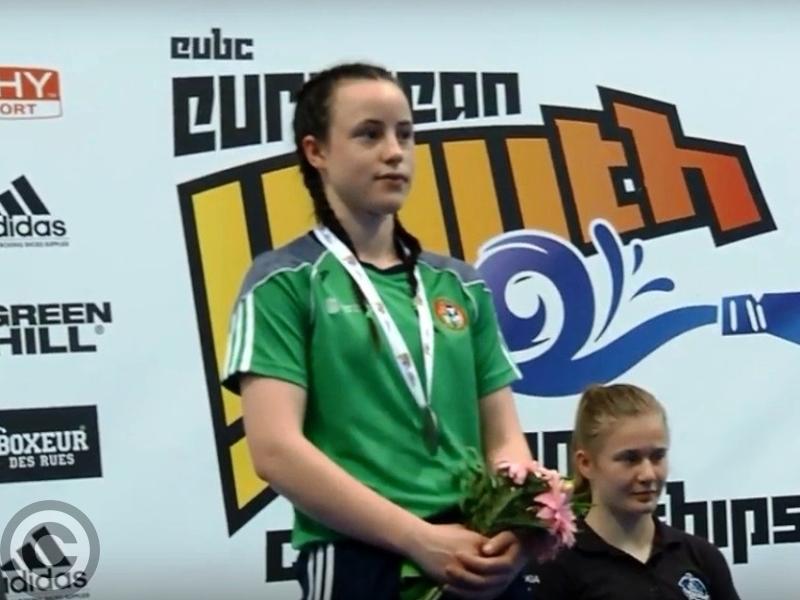 Déarbhla won the silver medal in the Bantamweight Final at the European Youth Championships in Roesto degli Abruzzi on Wednesday afternoon with Slovakian Jessica Triebelova taking the title after a fierce contest.

And her fellow club members are planning a big welcome for their European star on Thursday night with a homecoming event at the club's facilities in the Bee Park Centre after a parade around the town.

The Irish team returns home to Dublin airport on Thursday at 1.30 where several members of the Sean McDermott club are travelling up to meet Déarbhla. With her parents Pauric & Geraldine arriving back home on a later flight, the homecoming will take place later that evening in Bee Park at 9 pm.

Sean McDermott Boxing Club officials have stressed that everyone from the Manorhamilton Area and anyone associated with boxing in Leitrim and the greater area is more than welcome to join them in honouring Déarbhla's fantastic achievements.