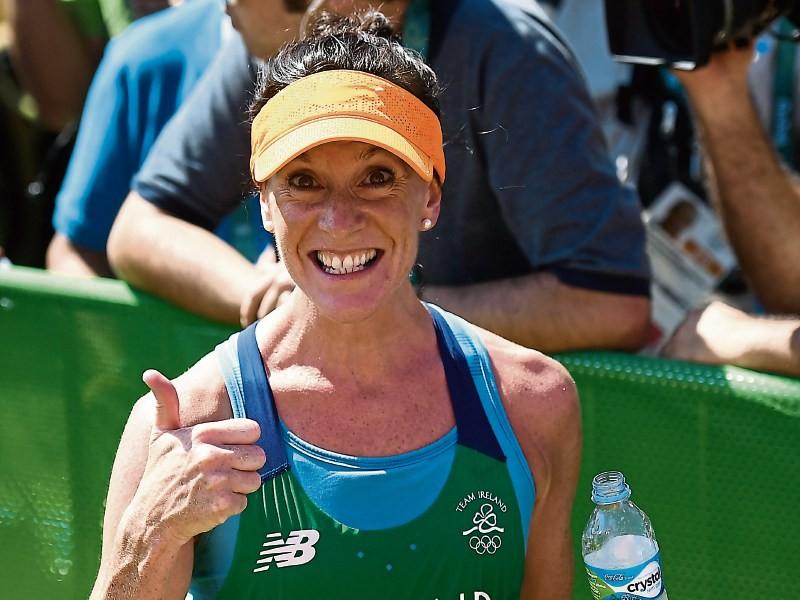 There was more great news for Leitrim sport on Thursday with the news that Kinlough's Breege Connolly has been selected for this year's European Championships Marathon in Berlin in August.

Now running for City of Derry Spartans AC, Breege ran the qualifying time with a new personal best performance last November in Valencia when she ran a superb time of 2.37.26 and makes it the second major championship she has qualified for after her appearance at the 2016 Olympic Games in Rio de Janeiro.

Athletics Ireland announced a five strong women's team for the Marathon in Berlin which will be held on Sunday August 12, and the Kinlough woman will be joined by Breege's former North Belfast Harriers clubmate Gladys Ganiel, Mourne Runners AC's Laura Graham and the Leevale AC duo of Lizzie Lee and Claire McCarthy.

Incredibly, it makes the average age of the Irish team an amazing 38 years of age with Lizzie Lee tweeting the news:

So the average age of the Irish Women’s team selected for the European Marathon Championship in Berlin this August is 38!! With 11 children between us! #ageisbutanumber #internationalrunningmoms pic.twitter.com/eQrrSDfgbX

It makes an incredible couple of days for Leitrim women in sport with Breege's selection following up on Dearbhla Rooney's silver medal at the European Youth Championships.