A once in a lifetime experience 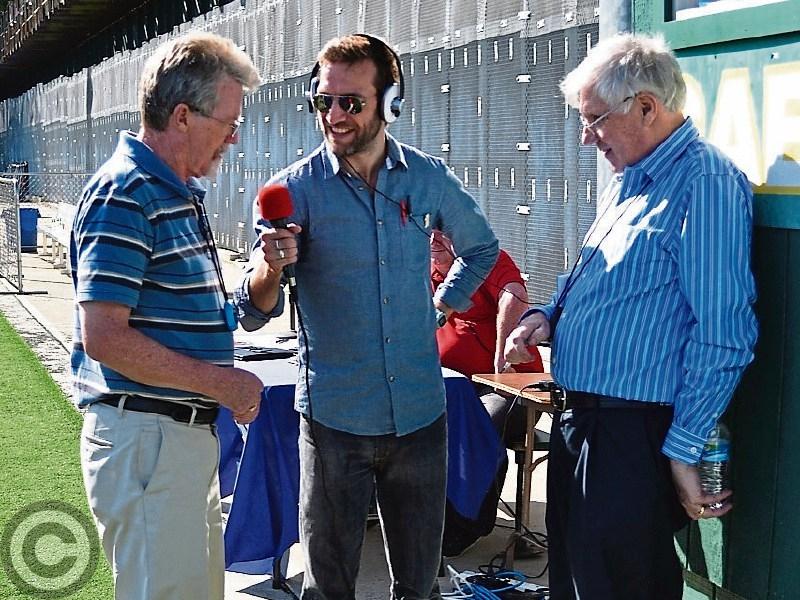 Many years ago, while delivering turf with my father to a house in Castlegal, where the northern neck of Leitrim shoulders Sligo, a car pulled up looking for directions.

‘Where does this road go?’ enquired a man with a Dublin, from the driver’s seat.

‘New York,’ replied the recipient of the tuft, without hesitation.

‘Pull the other one,” said the Dub.

“Well, my brother left here for New York 40 years ago, he’s been there ever since, and that’s the road he took,” came the wry reply.

New York was looked upon as an affluent extension of the parish by many men and women of the northwest; a place where a decent living could be earned when such opportunities were as rare as hen’s teeth back home. In days gone by such departures might have been preceded by an American wake. The ticket was one way. The divide between the two locations more than the geographical distance. Worlds apart.

How those emigrants would have loved a gathering the likes of which will take place in Gaelic Park on Sunday as thousands of Leitrim folk descent on the Bronx for their fourth such pilgrimage to the Big Apple. They will cross the Atlantic, America, and other continents. If we could redirect the Shannon and displace the Hudson for the weekend, we would.

I learned in 2003 just how much this occasion means to Leitrim people in New York. And to all those involved in New York GAA. It is much more than a game. 2003 was the first encounter of its kind between Leitrim and New York and brought with it that element of excitement that only novelty and the unknown conjures. I was carrying an injury that caused me to miss our last matches of the league campaign and therefore wasn’t starting. I hadn’t been able to complete a training session for weeks and barely made it through a fitness test the day before the game. I was in the squad and that was some consolation

but I was terribly disappointed not to be starting. It was a historic occasion and I was sure it would be a game to relish. I wasn’t wrong.

The buzz upon arrival at Gaelic Park was special. The place was crammed and a carnival atmosphere had broken out in the sweltering heat. The smoky smell of barbecue permeated the air as lobster-red Leitrim heads beamed out from behind bottles of Bud. (Men of porter with shovels for hands who would have considered it sacrilege to consume anything as close to water back home had suddenly gone full native). Shouts of recognition and banter were lobbed like hand grenades towards the squad as we made our way to the changing rooms. Some of the accents danced with American intonations, indicating the length of time they had spent on US soil.

“Quinn, it’s a long way from Gortletteragh to the Bronx ya boy ya.” “Up the Gaels.”

Leitrim people have been formally gathering in New York for well over one hundred years. The earliest Leitrim organisation came into existence about the time an Irish World article mentioned them in their issue of January 17, 1874, according the Leitrim Association of New York website. That’s a full ten years before the Gaelic Athletic Association was formed in Hayes Hotel, Thurles.

There are some familiar names on that team sheet. Twelve years later and things appear to have become significantly more organised. On December 4, 1886, the Irish World reports that the Leitrim Men’s Patriotic and Benevolent Association held its second annual ball at the New York’s Irving Hall; a popular spot with the Irish county associations that started to pop up in the 1870s. The event was judged by the association to have been a great social and financial success.

The 2003 Leitrim gathering was also a great success, but only with the help of extra-time. New York took the game to us from the throw in and we were rattled. I could use all the excuses in the book – the jetlag, the pitch, the heat, the occasion – but the truth of the matter was that New York were a well-prepared team full of fine footballers who collectively heard opportunity knocking. Manorhamilton man and great son of Leitrim, Frank Brady, was one of their selectors. They knew their opposition well.

New York wrestled control of the game in the opening quarter and took a 0-6 to 0-2 lead. Anxiety levels amongst our management team and on the substitutes’ bench were palatable. John McKeon was involved in a heavy collision and our manager Declan Rowley look over to me. I gave him the nod and I was in before I had the time to warm up. I could always tune into a game’s energy quite quickly and the only way I could describe this was frenetic. It was a caldron out there. We were rattled, disjointed, on the back foot - and if we didn’t make a move soon we were cooked.

Kevin Lilly, the only native on the New York side and team captain, was controlling the game and I was deployed to pick him up. He was a very similar player to myself – mobile and loved being on the ball – and he had already notched up a point while assisting in numerous others. I knew the one thing I hated as a wing forward was to spend too much time defending.

So I decided that when we had the ball attack would be my best form of defence. I broke on the first occasion I could and landed a point (incredibly our only point from play in the first half). I was in the game and we had a great battle over the remaining 65 minutes (including extra-time). I always considered it a privilege to have marked Kevin on that special occasion. He was wonderful exponent of Gaelic Games and did his hometown proud.

Leitrim finished the first half strongly to leave just a point between the sides at the interval. Following the re-start we still struggled with New York’s twin towers in midfield, O’Connor and Kileen, while former Kerry player Bingo O’Driscoll was a constant thorn up front. Seamus Quinn, our All Star and one of the selectors with the 2018 Leitrim team, really stepped up when we needed him. A late equaliser pushed the game into extra-time which we just edged by two points.

The sense of relief was enormous. The memory of walking into the Gala Ball in the Terrace on the Park in Flushing the evening of the game will long live in the memory. I believe there was over 1,000 people in attendance from every corner of Leitrim. We owe a great debt of gratitude to the New York committee (made up of members of the Leitrim Association and Leitrim GAA Club) that arranged such a gathering.

Leitrim’s two subsequent visits in 2008 and 2013 have proven less challenging. This year I anticipate the game will be a tighter affair. We have a young side while New York have anexperienced squad littered with fine players from back home.

Most notable is Armagh’s Jamie Clarke, who danced a merry jig around us during a Qualifier match in Pairc Sean MacDiarmada some years back. He was named man of the match in a challenge match against Corofin in New York on Thursday last (which the home team won handsomely but I’ve never read too much into such games). Clarke will take some watching with Paddy Maguire likely handed the man-marking job. But in games like this it’s often the names you don’t know that are etched in your memory when you leave.

This Leitrim side come carrying the hopes and expectations of a county on their young shoulders. They certainly have the requisite talent to win the game. I have a couple of concerns. We don’t have a set 15 and it’s unlikely that the starting team will have played as per the team sheet before. There will be a lot of ‘new’ elements to this unique game. You don’t want your team formation to be one of them. Rather you want familiarity in every line of defence and attack.

You also want an established midfield - primary possession from kick-outs will be tantamount to success on Sunday. Starving New York of possession will limit their ability to get into the game. It will be a relatively unfamiliar surface for our lads but we adapted to it exceptionally well in 2013 and I believe it will suit our young mobile team (once it is quickly mastered).

My second concern is that the occasion could get to the team. It got to us in 2003. The management team must prepare forensically for this. It’s a tricky balance to strike. You want the lads to soak up the atmosphere but you don’t want them seduced by it. The game needs to be broken down into four quarters with targets and goals to hit in each of them.

Their hosts have nothing to lose and can play safe in the knowledge that victory will etch them forever in the history books as the first New York side to record a win in the Connacht championship encounter. But there is expectation resting on this New York team and a really solid Leitrim start to the game will plant some seeds.

I urge every Leitrim player to meet this challenge with a smile on your face. What is rare is wonderful and this is a game and an occasion to be relished. Play freely and with joyful abandon. Don’t look at the scoreboard until the game is over. Play every ball like it is your last. It’s not every day that you get to stand shoulder to shoulder with team mates and friends alike as the Star-Spangled Banner, Amhran na Bhfiann, and Lovely Leitrim all ring in your ears. May the best team win.