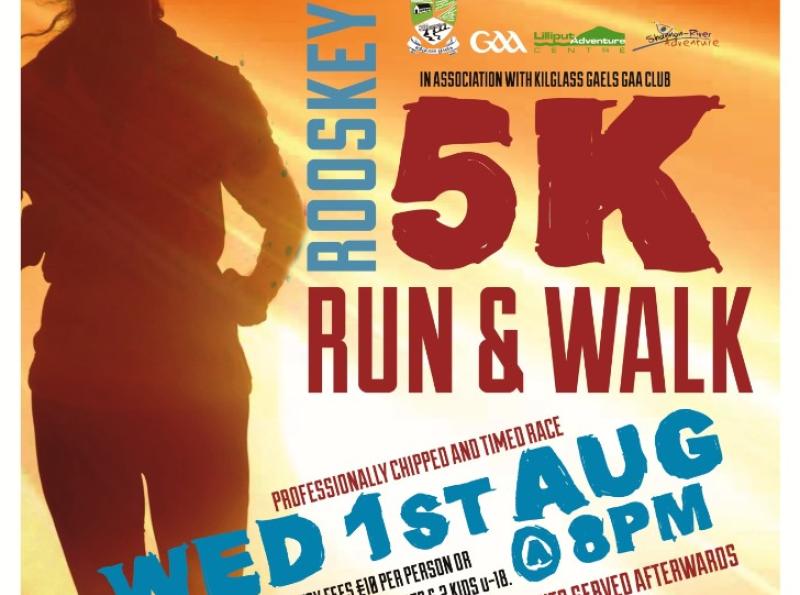 The annual Rooskey 5k in the picturesque village of Rooskey Co Roscommon will host its annual 5k on Wednesday August 1, at 8pm.

This 5k is a personal favourite of a lot of runners as it takes in the two counties of Roscommon and Leitrim in the one Village.

This year sees the introduction of a GAA club team race for the first year. Clubs can enter both men’s and ladies teams of 5 to compete for two fabulous prizes for their teams or their clubs. The normal 5k run and walk will have its normal categories for competitors.

The winning men’s team will win a full day’s team building for their team in the very popular Liliput adventure centre outside Mullingar while the ladies team prize will take them to Shannon River adventure centre in Rooskey, a facility that is well known in the surrounding counties for its excellent facilities. Both prizes are worth over €1,000 each.

The fastest four times will account for your team’s time

So if your club or team are thinking about going doing a bit of team building and are worried about the cost then this maybe the answer for you.

For more details contact Niall at nkilcrann@gmail.com or 0877640679 or check out The Rooskey 5k on Facebook for more.