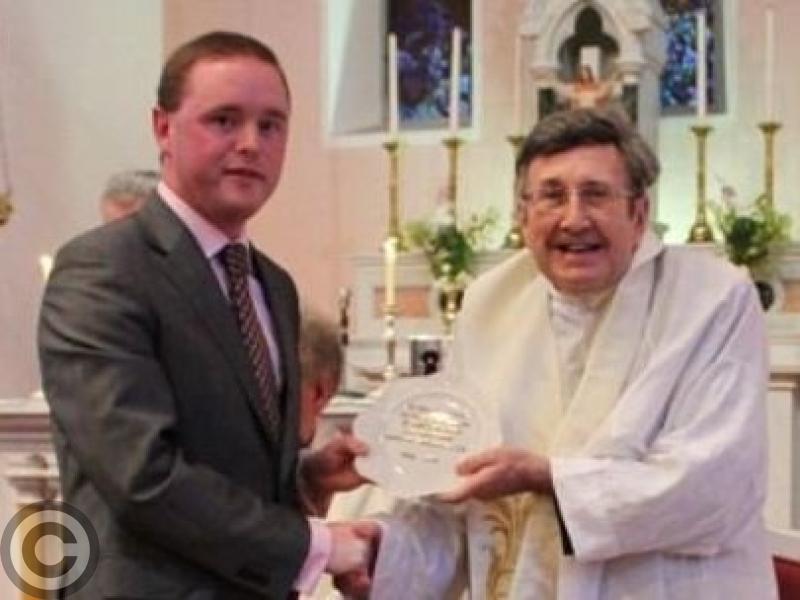 Manorhamilton and Leitrim athletics is in mourning after the passing of former National President Fr John O’Donnell last night.

Fr O’Donnell, a native of Donegal, served as a priest and teacher at St. Clare’s Comprehensive School in Manorhamilton from 1973 to 1984 and was instrumental in setting up North Leitrim Athletics Club and was the first President of the Leitrim Athletics County Board in 1974.

The retired Parish Priest of Killinagh/Glangevlin was instrumental in establishing the all-weather running track at St. Clare’s Comprehensive in Manorhamilton.

Fr John O’Donnell was elected Vice President of Bord Luthchleas na h-Eireann, the forerunner of Athletics Ireland, at the 1975 Congress and succeeded the late Bill Coghlan as President at the Congress in Sligo five years later. He served in this position for three years and handed over the Presidency to the late Paddy McGovern in December 1983.

Fr O’Donnell was also an honorary President of the Shannon Gaels GAA Club in Blacklion where he served as Parish Priest from 1995 until his retirement.

In their tribute to Fr O’Donnell, Athletics Ireland carried an extensive obituary on their website - “Fr John was born in Kilmacrennan in Donegal in August 1938 and was ordained for the diocese of Kilmore at Maynooth in 1964 where one of his classmates was Cardinal Sean Brady with whom he remained a close friend down the years.

“In 1984 he became curate in  Teemore, Co Fermanagh, and eleven years later became Parish Priest of Blacklion where he spent the remainder of his priestly career until he retired on health grounds some years ago.

“A tireless worker in the cause of athletics he was prominent in the leadership of the Ulster Sports Council which promoted athletics in Ulster following the formation of BLE in 1967 and was involved in numerous meetings, discussions and activities in the early years leading up to total athletics unity in 2000.

“In Leitrim he was prominent in the setting up of the North Leitrim Club and was first Chairman of Leitrim County Board in 1974.

“His abiding legacy in Manorhamilton is the all weather track at the Community School which he masterminded in the mid 1970s and with Claremorris and Lanesboro was among the first all weather tracks in Connacht.

“He also played a prominent role in the Connacht Schools Athletics Association during his time in Manorhamilton. An avid fan of International Athletics he attended the ten Olympic Games between Munich in 1972 and Beijing in 2008 and was sorry to have had to miss the London Games due to ill health.

“A very conscientious and hard working priest he was also prominent and indeed prime mover in many areas of social and community activities in the two parishes in which he served and he left behind him a legacy of visible achievement in both.”

The arrangements are as follows: Reposing at his home, Rockview, Blacklion from 6pm today, Thursday July 26, 2018 until 10pm and on Friday July 27, 2018 from 11am to 6pm. House private thereafter. Removal to St. Patrick’s Church Killinagh, Blacklion arriving at 8 pm. Funeral Mass on Saturday, July 28, at 12 noon with burial afterwards in the church grounds.