Be on the lookout for crayfish plague 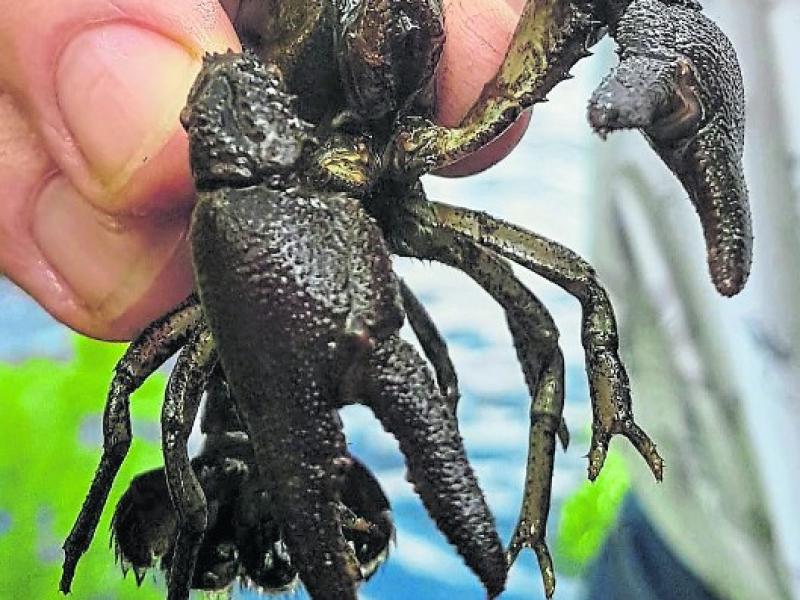 A picture of a crayfish which, if spotted, should be reported immediately

All water users along the River Shannon are being urged to take precautions after confirmation of an outbreak of Crayfish Plague (which kills native freshwater White-clawed Crayfish) on a stretch of the Al River.

This river is one of the main tributaries to the River Shannon in Athlone and flows westerly, entering the Shannon downstream of the weir.

A small number of dead freshwater crayfish were reported on the river last week. DNA analysis by the Marine Institute has now confirmed that crayfish were infected with the fungus-like organism responsible for causing Crayfish plague. Further analysis is still ongoing to establish if there may be any links between this and previous outbreaks of Crayfish plague.

Crayfish Plague only impacts native White-clawed Crayfish. Fish and other freshwater animals are not affected. The disease infects species of crayfish and experience elsewhere indicates the disease can cause up to 100% mortality in white-clawed crayfish species. Agencies including the National Parks and Wildlife Service, Westmeath Municipal and County Councils will be working together to erect signage along the Al River and information will be on the Westmeath County Council website.

Crayfish Plague is recognised as a very significant threat to the survival of the globally threatened White-Clawed Crayfish in Ireland. The disease is considered fatal to all infected native crayfish and the experience in other countries is that where outbreaks occur there is complete extermination of White-clawed Crayfish populations. It is spread invisibly in water and the infectious stage may be moved to other river and lake systems on equipment, boats and machinery.

The Crayfish Plague comes from the North American species of crayfish, which are now widespread in the UK and on the continent of Europe. To date there are no known records of these American species in Ireland and it is against the law to bring them into Ireland, to sell them, distribute them or release them.

Anyone involved in activities in the Al River and River Shannon should observe the ‘Check, Clean and Dry’ protocol once they leave the river and before visiting any waterway again. This includes community and local authority clean-up groups, survey work, as well as anglers and all recreational water uses. All wet gear (boats, clothing and equipment) should be checked for any silt or mud, plant material or animals before being thoroughly cleaned and finally dried. Disinfectant or hot water (over 40 degrees Celsius) should be used to clean all equipment and this should be followed by a minimum 48 hour drying period (preferably longer up to a week).