Record numbers compete in Head of the Shannon 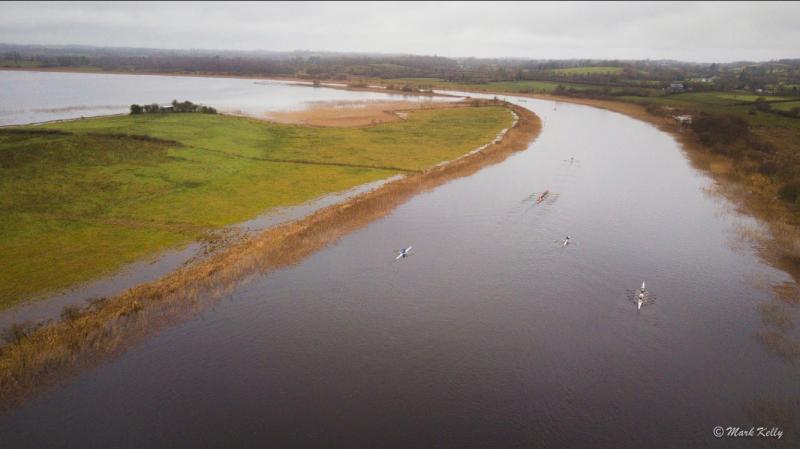 On December 1 Carrick Rowing Club hosted the Head of Shannon which is a 3.8km time-trial, where rowers race against the clock where the fastest crew or rower completing the course in the shortest time in their age and boat category is deemed winner.

Although it was an early start for most of the clubs, whose travels to Carrick-on-Shannon commenced at 4am, crews turned up in record numbers.

That was followed by the womens j18 quad with Nour Stevens (stroke), Ava Brogan, Orlaith Guckian and Ailbhe O’Rourke.

The female scullers were Gemma Guckian and Shauna Murtagh in the senior sculls and Gwen O’Rourke in the j15 single scull.

In the boys section, Carrick RC were represented by Fintan Early in the mens club scull, Ciaran Ryan in the j16 scull and in the j15 mens quad were Oisin Reynolds, Oisin Cullen, Torin O’Donnaile and Leon O’Brien.

Lunch was held from 12.30pm-1.40pm with all kinds of foods being served from porridge and crepes to our award winning local chef Sham's famous chicken curry which sold out in minutes. This was followed by a beautiful array of sweet treats home baked by all the mothers of the club.

As with Carrick RC's last event the ‘go green scheme’ was a success with everybody adhering to the three bins.

With weather conditions improving after lunch , it was back to work.

In the mens j18 sculls were Ciaran Ryan and Fintan Early who got the best time in this category. The last crew to represent Carrick RC for the day were the mens j14 4X+ which were Jonjo Devine, Sean McGovern, Evan Murray, Marin Antonov and cox Eli Lowe.

The fastest crew over all of this head were the Mens Colaiste Iognaid j18A 8+ with a time of 12:56.

Overall the day was very successful. Large events like this are impossible to run without the safety back up of Leitrim Sub-Aqua Club and Civil Defence.

Carrick Rowing club have expressed their thanks to everyone that helped out in the smooth running of our home town event. Their voluntary work and commitment never goes unnoticed.