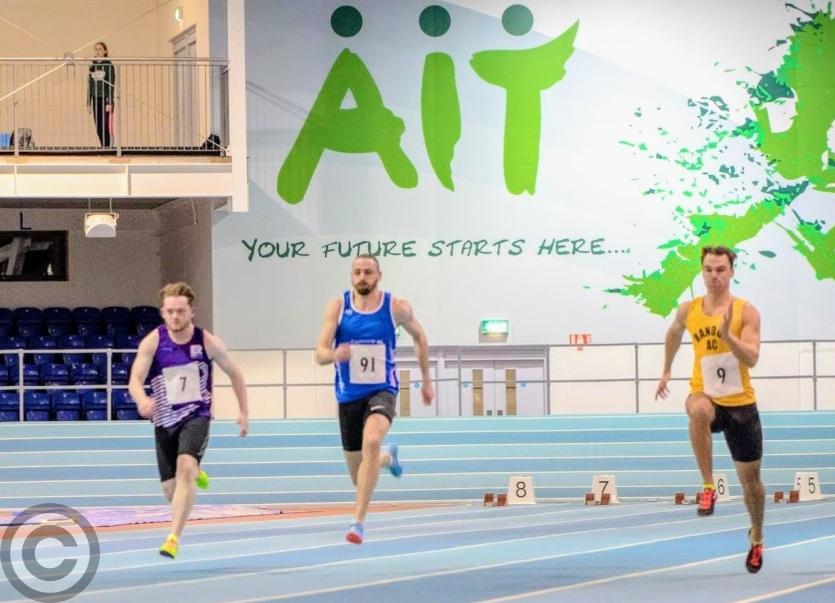 Gerard O'Donnell in action in the AIT Baseline Meeting

The Indoor season got off to a flying start for Leitrim athletes last week in Athlone with impressive times for Gerard O'Donnell, Alannah McGuinness, Oisin Kearney and Clodagh Sheerin at the excellent Baseline Meet at the AIT International Arena.

National 110m Hurdles champion O'Donnell turned his hand to the bends as he won the 150m event in a time of 16.51 seconds after earlier finishing second overall in the 60m in a time of 7.15.

North Leitrim Athletic Club walkers were again impressing at the Juvenile races at the National 30Km championships in Dublin recently with Niamh Carolan and Darragh Mitchell winning their events in St. Anne's Park on Saturday, December 15.

The non-championship events saw Niamh win the U15 girls 2km race in a time of 10.15 while Darragh won the U17 3km walk in a time of 16.34. Clubmates Finn Verachtert and Edward Mitchell were also in action with Finn beating Edward to third place by just a second in the U15 Boys event.