Declan Darcy: Captain still leads the way for class of 1994 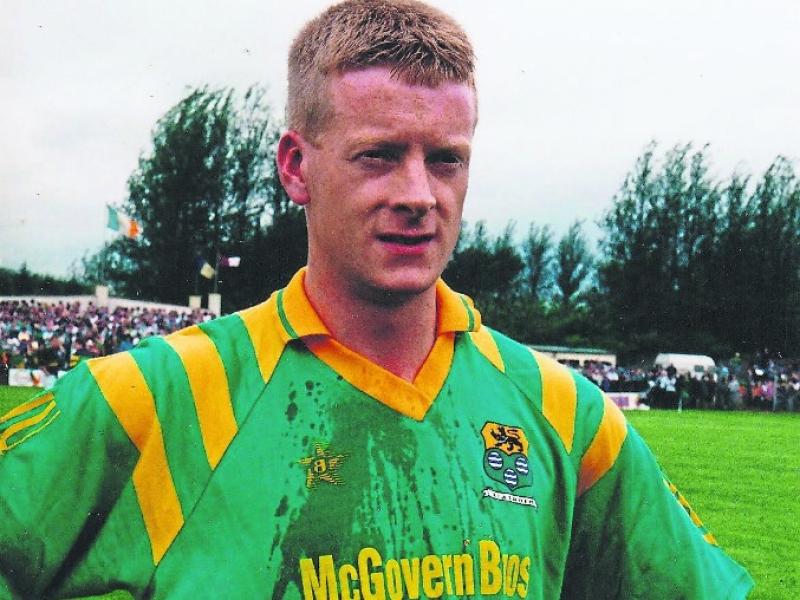 They have all contributed to Leitrim football since through management and they can be a great inspiration to the present generation if they see how it was gone about.
Those words, spoken by John O'Mahony, tell of a team of footballers still in love with the game a quarter of a century on and determined to pass on their knowledge and know-how.
Inspiring generations of future Leitrim footballers is a given for the team of 1994 but in a very real and practical sense, the heroes of 25 years have given so much more to the county and gaelic football.
From acting as managers, selectors, trainers, officials and even referees, Leitrim's Connacht Senior Championship winning team continues to set standards in the county and elsewhere.
So far, the Leitrim squad had provided three Leitrim managers, a host of selectors for county teams at all levels, a Connacht Junior winning manager and a wealth of experience being handed on to the different generations of footballers to wear the Green & Gold.
Captains, by their nature, are leaders and when it comes to the team of 1994, Declan Darcy still leads the way. His transfer to Dublin in 1998 led not to the expected success with the county of his birth but as Jim Gavin's longest serving confidante, the Leitrim captain has enjoyed unprecedented success in blue.
Starting with an All-Ireland U12 title in 2003 as a selector with Gavin under Tommy Lyons, when Gavin took over the role and led Dublin to their first ever All-Ireland U21 crown in 2003. More success followed for the Gavin & Darcy duo with All-Ireland titles won in 2010 against Donegal and 2012 against Roscommon.
Gavin's elevation to the top job in Dublin in 2013 saw the former Aughawillan star join him and he has been the only ever present since as the Dubs have claimed five All-Ireland Senior titles, five National League titles and seven Leinster titles.
In terms of Leitrim, three of the class of 1994 have served as managers of the County team, George Dugdale and Brian Breen in 2013, winning a FBD title, after they served as selectors the previous year while Terry Hyland's predecessor was Brendan Guckian, also on the squad in 1994.
Breen also managed Tir Chonaill Gaels to championship success in London while Guckian also led his own St Mary's Kiltoghert to a couple of Leitrim championship finals.
Of course, 1994 selector Joe Reynolds was the man at the helm in 2000 when Leitrim last reached the Connacht Final while down through the years, many have filled the roles of selectors, Thomas Quinn under Peter McGinnity 1998 while Pat Donohue and Noel Moran served under Declan Rowley, Mickey Quinn acting as an advisor to Sean Hagan in 2014.
No more than his captain, Seamus Quinn led the way in 1994 and he has led the way since, managing Leitrim to the Connacht Junior title in 2017 while also serving as a selector under Brendan Guckian. He also tasted life on the other side of the whistle, officiating as a referee for a number of years but that seems natural as the 94 All-Star was always the most commanding man on the field.
Involvement hasn't been confined to Senior teams either - Joe Honeyman served as manager of this year's Leitrim Minor squad and has worked with underage teams with Ballinamore Sean O'Heslin's and Mac Diarmada Gaels while his corner-back colleague Fergal Reynolds has been one of the driving forces in the revival of the underage teams in St Mary's Kiltoghert.
The mercurial Padraig Kenny served as a selector with U21 teams but does a lot of work with Leitrim Cumann na mBunscol
On the club scene, Gerry Flanagan led Cloone to the 2009 Intermediate Championship title and has tasted success in Fermanagh with Belnaleck in recent years.
Few have the width of experience that Aidan Rooney has - managing Glencar/Manorhamilton to League glory in Leitrim and a championship final appearance along with managing Sligo minors to a Connacht Final appearance as well as numerous coaching jobs with Sligo clubs.
So when someone asks what the team of 94 has done for football in Leitrim and elsewhere, it might take you quite a while to give an accurate answer!